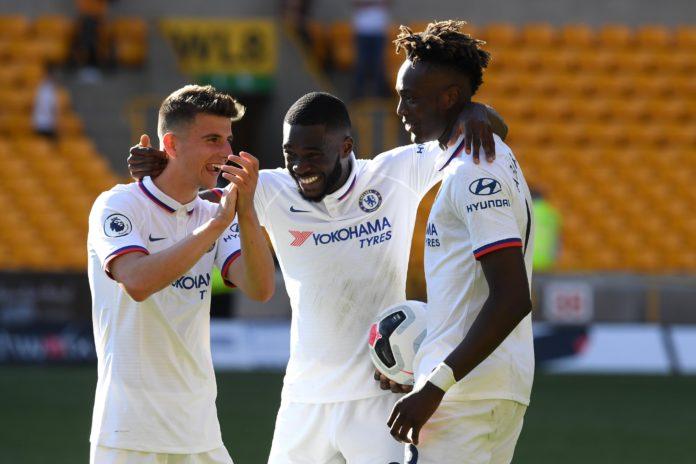 The brutal killing of Geroge Floyd has got attention from all over the world. The African-American man was killed by a police officer who kneeled on the back of his neck while he struggled to breathe, calling out for help: “I can’t breathe”.

The video has gone viral and there has been outrage in the whole of USA. The #BlackLivesMatter movement has once again come to the forefront. It has got support from every corner of the world.

Many footballers have already shown their support for Geroge Floyd. Borussia Dortmund stars Jadon Sancho and Achraf Hakimi celebrated their goals by wearing “Justice for Geroge Floyd” t-shirts. Manchester United players Marcus Rashford and Paul Pogba have also voiced their opinions on Instagram. The whole Liverpool squad kneeled down in their training session to protest against the killing of George Floyd.

The “Project Restart” is going well which means the 2019-20 Premier League season is about to resume on 17th June. Check out the full Premier League schedule of the remaining matches.

Premier League clubs also agreed a #BlackLivesMatter badge will be displayed on the front of matchday shirts alongside an #NHS badge. For the 1st round of games, player names will be removed from the back of shirts & replaced with Black Lives Matter #ProjectRestart @TheAthleticUK https://t.co/hRHkcB6bQN

As the league is about to resume in one week, the Premier League clubs had a meeting. In the meeting, Premier League matchday protocols have been approved by all the 20 clubs. The vote at today’s shareholders’ meeting produced a unanimous result – there were said to be no complaints from anybody. So, Project Restart is on course to go ahead as planned from 17th June.

Along with this, another thing which came up in the meeting and is most likely to be approved is that Premier League clubs will wear a “Black Lives Matter” badge which will be displayed on the front of matchday shirts alongside an NHS badge. For the first round of games, player names will be removed from the back of shirts and will be replaced with “Black Lives Matter”.

The Premier League has now gone one step further in the campaign for “Black Lives Matter”. This is a great initiative from all the Premier League clubs to sent out a sign to the world that they are all united in this fight against racism.