Parthiv Patel retires with unique records in his books 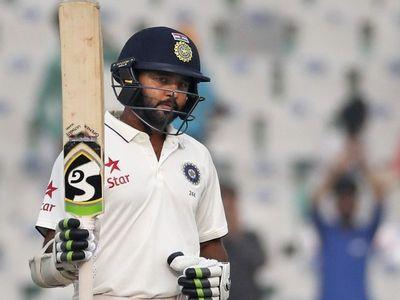 Parthiv Patel announced his retirement from all forms of cricket on Wednesday after a glorious career of more than 18 years. Let’s have a glimpse of his glorious career.

Parthiv Patel made his debut for India in 2002 when he was only 17 and holds a rare record of playing Test cricket even before his Ranji Trophy debut. When Parthiv Patel made his Ranji Trophy debut in November 2004, by that time he had already played 44 first-class games, including 19 Test matches and not only that, by that time he had led India at an Under-19 World Cup in New Zealand and also helped India in saving a Test match in England.

This spate of success continues for Parthiv as, by that time, he went to a World Cup in South Africa and also scored Test fifties in Australia and Pakistan.

Parthiv Patel was a naturally gifted wicket-keeper, whose glove-work had an old school purity and charm.

Parthiv Patel is the fourth youngest to play Test cricket for India and tops the list when it comes to a wicketkeeper playing for India at such a young age. At a young age of 17 years and 152 days, Patel made his Test debut against England in Nottingham.

His performance during his U-19 days impressed the national selectors and he went on to play for India A before making his Test debut. It was only after his India debut that Parthiv Patel represented Gujarat.

Parthiv captained Gujarat and became a hugely respected and important figure in domestic cricket, scoring match-winning hundreds for Gujarat in the finals of the Vijay Hazare (50-over) Trophy and the Ranji Trophy. He also holds a record finishing with over 11,000 first-class runs.

He represented as many as six franchises in IPL. Parthiv was also a part of Royal Challengers Bangalore in IPL0 2020 but wasn’t included in the playing XI in any of the matches.

Interestingly, he is also a three-time IPL winner. He was part of Chennai Super Kings in IPL 2010 when they defeated Mumbai Indians to win the title. Five years later, he was playing for Mumbai Indians when they won IPL 2015. Parthiv Patel played a key role in MI’s success in IPL 2017, as they clinched the title to be the winner of IPL for the third time. The wicketkeeper-batsman opener scored 395 runs in IPL 2017, most by an MI batsman.