Oppo is going to launch a Smart TV in October 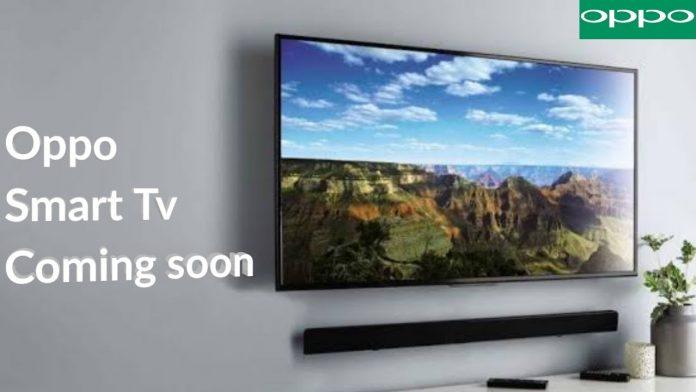 Oppo is mainly renowned for its smartphones around the globe though there are a lot of accessories as well. Whereas many smartphone companies have been expanding their products with Smart TVs recently. Now, surprisingly we have received news revealing OPPO is recently working on its Smart TV and it is expected that they are going to release their new product in the coming month.

Actually, it’s not for the first time, earlier in June Oppo released an image displaying all of its achievements in 5G technology, where a smart TV was also included.

In the 2020 OPPO Developer Conference, the company has announced officially that they are going to expand their accessories with a Smart TV. The General Manager of OPPO, Yi Wei did not reveal much more specifications about this upcoming TV but announced it is a key step to expanding the company’s IoT network of devices.

According to rumor, the OPPO Smart TV is going to launch with two size variants. The basic variant will be 55-inches and another one will be 65-inches, both the variants are having different remote controls, suggesting different features as well.

In a previous article, we have claimed that some products of OPPO have spotted during 3C certification. Besides two remotes also peeked on the Bluetooth SIG database.

The upcoming Oppo TV will be manufactured by TPV Display Technology (Xiamen) Co. Ltd. Let you know, this company is the owner of many brands like AOC, Envision, and the TV business of Philips.

There is no further information regarding the TV. We hope Oppo will serve us good quality televisions at attractive prices.