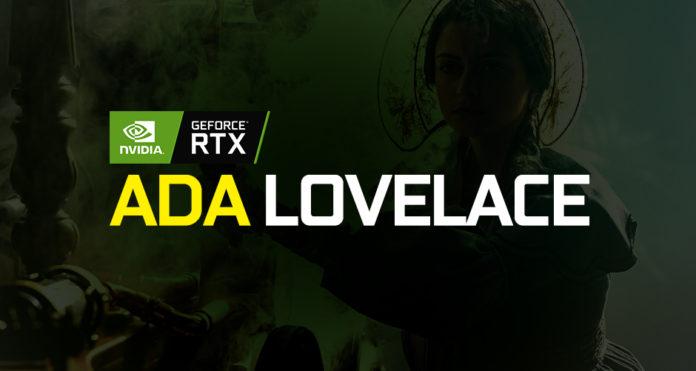 On Twitter, a leaker going by the handle @davideneco25320 revealed some highly detailed facts about Nvidia’s next-generation Ada (aka Lovelace) GPUs, including SM counts and die names. Ada will be a significant upgrade over Ampere, the RTX 30-series, especially for the flagship GPU, if his data is correct (and given the latest Nvidia leak, it very well, maybe). Take these results with a grain of salt because they are based on leaked data that cannot be trusted.

According to the source, Nvidia will not change its Ada generation terminology, keeping the same two-letter prefix and three-digit numbering structure as the Ampere generation. The flagship GPU is AD102, which is expected for an RTX 3090 or Titan-class card, with AD103 being the next most potent die (perhaps for a potential RTX 4080). The midrange dies (i.e. RTX 4070 and RTX 4060) will be followed by AD104-106, with AD107 filling the entry-level market for Nvidia’s Ada GPUs (i.e. something like an RTX 4050).

One thing that has changed dramatically in Ada is the quantity of SMs. With a massive 144 SMs in a single die, the flagship AD102 die is expected to tip the scales. By comparison, the GA102 from Ampere has just 84 SMs, indicating a 71 per cent increase in SM count, which should also apply to GPU cores, RT cores, TMUs, and other aspects. This will be one of the most significant shifts in a single generation.

If Nvidia keeps the amount of CUDA cores on Ada the same, we may be looking at a top card with 18,432 CUDA cores. The complete GA102 chip is used in Nvidia’s forthcoming RTX 3090 TI, with just 10,752 CUDA cores. Of course, less expensive variants will use partially harvested AD102 chips, and while 144 SMs may be the most, we wouldn’t be surprised if 10–20 per cent of the SMs were disabled for lower graphics card models.

If these rumours and leaks are accurate, we may anticipate future flagship GPUs like the RTX 4090 and RTX 4080 to offer significant performance increases over the current RTX 30-series. In some ways, it’s a more substantial leap from Ampere to Turing than it was from Ampere to Turing. The RTX 3080, for example, featured 68 as compared to the RTX 2080 Ti’s 68 SMs, despite numerous other differences.

With the addition of the new 16-pin power connectors that are now being researched and supplied for future PCIe 5.0 graphics cards, power consumption for Ada GPUs could be raised as well. With a potential power output of 600W from a single connector, Nvidia would have plenty of room to improve Ada GPU performance.

Ada could also be the first graphics solution to support PCIe 5.0, and while the increased PCIe bandwidth might not be significant, it won’t affect performance. We don’t know how much Nvidia intends to alter Ada’s essential building elements. Turing, for example, featured 64 FP32 cores and 64 INT32 cores per SM, which could run on separate data simultaneously. AMPERE CHANGED the INT32 cores to INT32 or FP32 hearts, potentially tripling the FP32 performance.

Nvidia has boosted performance on its top GPUs by roughly 30% over prior architectures. Still, with the change in process node and dramatically more significant core counts, as well as a possibly higher power limit, it’s not unreasonable to expect even more significant gains from Ada.