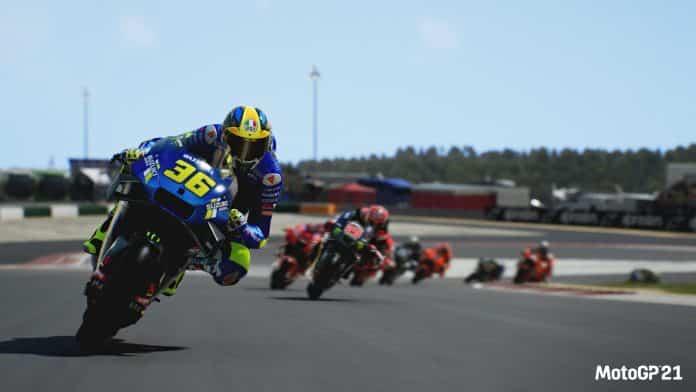 The MotoGP 21 will be made available exactly one week from today on PC (Steam and Epic Games Store), PlayStation 4, PlayStation 5, Xbox One, Xbox Series X|S, and Nintendo Switch. The game is powered by the Unreal Engine 4 technology and brings in a series of improvements from the gameplay side, such as the revised bike suspension, realistic features such as brake temperature monitoring, bike retrieval sequence, and long lap penalty to the managerial career mode.

According to sources, the company has this year decided to rebuild the helps system from scratch, abandoning the old physics presets, and introduced a list of very detailed single options.

There will also be some graphics that visually explain which part of the bike is affected by every single help. The developers aim to help the players find the setup that better suits their tastes.  Some features such as the Bike Retrieval can be disabled, however, others such as the brake temperature feature are fixed and can’t be disabled.

From the reports, it is stated that this year, players will find managing their Junior Teams as their biggest challenge. The managing feature is now fully integrated into the career mode since the beginning and also the revised “Development Tests” make them more realistic and functional.

The developers have promised to offer a stable 60 FPS experience on both consoles, which is very important for a simulative racing game. reports also indicate that they found the development of the game the smoothest for the Xbox Series X and Xbox Series S. The latter console targets a frame rate of 60 FPS and a resolution of 1440p (dynamic).

Coming to PS5, the developer was amazed by the different feedback capabilities of the DualSense controller. There are different vibrations for all the different surfaces and the controller gives feedback to the player when he changes gear. The triggers have different rigidities to simulate a real accelerator/brake knob, and they also vibrate to indicate the player a loss of grip on the rear/front wheel.