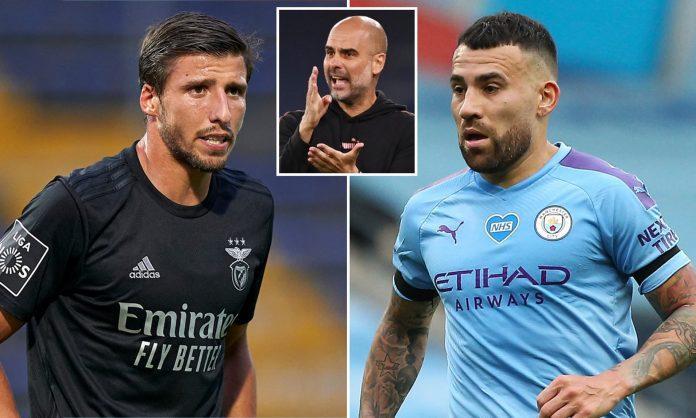 Manchester City is in a pole position to sign Benfica defender Ruben Dias for a fee of around €55 million and involving Nicolas Otamendi. The Portuguese defender is also in the priority list of Tottenham Hotspur.

Manchester City has already signed Ferran Torres and Nathan Ake in the early days of the transfer market. After that, they were linked with Napoli defender Kouliabaly as well. But they failed to sign the Napoli defender. So, now they are monitoring Ruben Dias as his replacement.

Manchester City has faced some serious issues in their defensive area last season. Pep was forced to field his midfielder as a centre-back to maintain the damage. So, the club now wants to solve their defensive problem.

Ruben Dias started his career for the Benfica B team in 2015. Then he made his debut for Benfica in 2017. He has scored 8 goals for Benfica in 89 matches. Ruben Dias has also won Primeira Liga in the 2018-19 season with SL Benfica.

He made his national team debut for Portugal in 2018 and already made 19 appearances for his country. He has won UEFA Nations League in the 2018-19 season with the country.

Though Benfica has not accepted any bid yet and not interested to let their defender go. Benfica manager Jorge Jesus said, “If you ask me if I’d like (that Dias left), I wouldn’t like it. But if the financial factor is important for the club, we have to understand. Managers must be prepared for this.”

Manchester City FFP breach: Full analysis of all the allegations between 2009-18

Manchester City FFP breach: What are the possible punishments they can face?

Manchester City charged with 98 financial breaches between 2009 and 2018