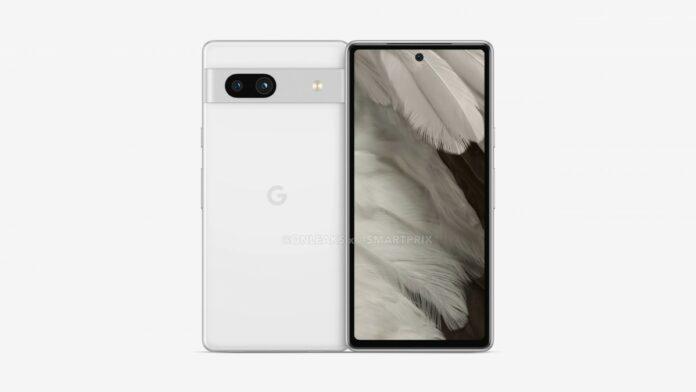 The Pixel 7a, Google’s upcoming low-cost smartphone, has been leaked in all its splendour in some cool-looking renders today.

Although we’re most likely still a few months away from the Pixel 7a’s formal presentation, it’s not surprising that the Pixel 7a borrows heavily from the Pixel 7 in terms of the style of its rear. This makes sense given that they ostensibly belong to the same generation of Google’s smartphones.

The Pixel 6a copied the camera island that resembled a visor from the Pixel 6, and the Pixel 7a does the same with the metal bar.

However, the thick bezels all around on the 7a’s front make its price point much more obvious.

The anticipated dimensions of the phone are 152.4 x 72.9 x 9. With dimensions of 152.2 x 71.8 x 8.9 mm, the Pixel 6a was just barely smaller on all axes than the Pixel 6; however, these differences (aside from width) are so negligibly small that you probably won’t even notice them when comparing the two devices side by side.

The Pixel 7a is rumoured to come in two colors: white and dark gray, which Google will probably refer to as something completely different, like Charcoal and Chalk.

A 90 Hz FHD+ Samsung display panel, Sony IMX787 and IMX712 sensors for the rear cameras, 5W of wireless charging support, and an in-display fingerprint sensor are all rumoured to be included in the device.

Google Pixel Fold Leaks – Everything You Need to Know!

Google Pixel 7A’s specifications leaked ahead of its launch