Report: India’s 40% wealth under the control of its top 1% 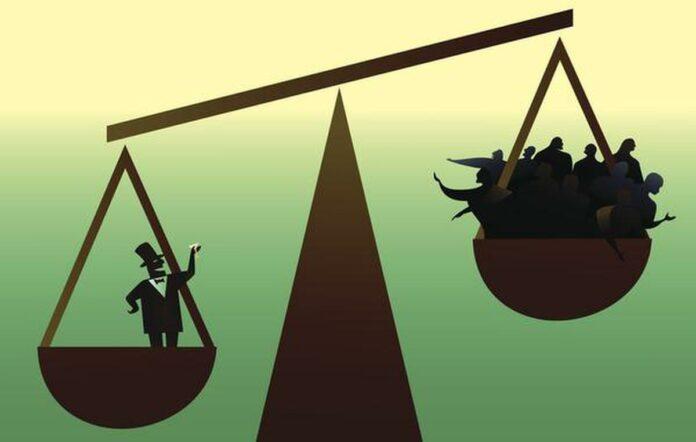 According to the news agency PTI, a new study released on Monday found that the richest 1% of Indians now own more than 40% of the country’s total wealth, while the bottom half of the population owns only 3%.

On the first day of the World Economic Forum Annual Meeting in Davos, Oxfam International released the India supplement to its annual inequality report. It claimed that taxing India’s top ten richest people at 5% could raise enough money to return children to school and the title of the report is ‘Survival of the Richest’.

“A one-off tax on unrealized gains from 2017–2021 on just one billionaire, Gautam Adani, could have raised ₹1.79 lakh crore, enough to employ more than five million Indian primary school teachers for a year,” the report read.

According to the Oxfam report, if India’s billionaires were taxed once at 2% on their total wealth, it would fund the country’s malnourished nutrition needs for the next three years.

In terms of gender inequality, the report stated that female workers earned only 63 paise for every rupee earned by male workers. “A one-time tax of 5 per cent on the 10 richest billionaires in the country ( ₹1.37 lakh crore) is more than 1.5 times the funds estimated by the Health and Family Welfare Ministry ( ₹86,200 crore) and the Ministry of Ayush ( ₹3,050 crore) for the year 2022-23,” it added as quoted by PTI.

The disparity is even more pronounced for Scheduled Castes and rural workers, with the former earning 55% of what advantaged social groups earned and the latter earning only half of urban earnings between 2018 and 2019, according to the report.

According to Oxfam, the report is a mix of qualitative and quantitative data that examines the impact of inequality in India. Secondary sources such as Forbes and Credit Suisse were used to examine wealth inequality and billionaire wealth in the country, while government sources such as the National Statistics Service, Union budget documents, parliamentary questions, and so on were used to corroborate arguments made throughout the report.

According to Oxfam, billionaires in India have seen their wealth increase by 121% or 3,608 crore per day in real terms since the pandemic began until November 2022. In 2021-22, however, approximately 64% of the total 14.83 lakh crore in Goods and Services Tax (GST) came from the bottom 50% of the population, with only 3% of GST coming from the top 10%.

According to Oxfam, the total number of billionaires in India has risen from 102 in 2020 to 166 in 2022. The combined wealth of India’s 100 wealthiest individuals has surpassed USD 660 billion (54.12 lakh crore), an amount sufficient to fund the entire Union Budget for more than 18 months.