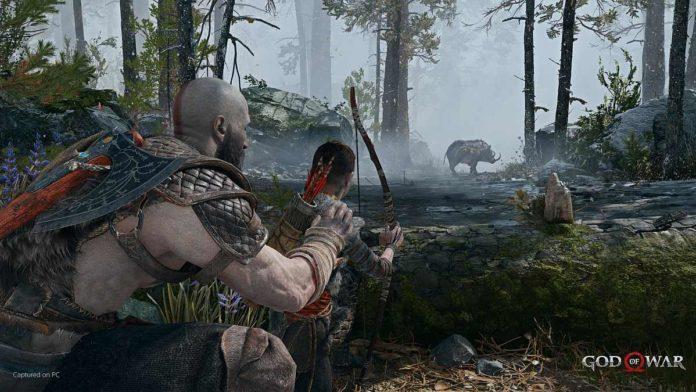 The PC version of Sony’s blockbuster 2018 RPG game, God of War, will be released on Friday, bringing the game to PC gamers for the first time in over four years. God of War was a multi-year PlayStation exclusive that sold over 19.5 million copies, and PC gamers will soon be able to purchase the popular game on Steam and the Epic Games Store.

The PC version of God of War will support 4K at 60 frames per second, just like the PlayStation 5 version. When God of War launches later this week, PC gamers will be able to play the game directly on their machines rather than through PlayStation Now.

Years after battling the Gods of Olympus, Kratos and his son Atreus must now fight for survival in God of War. Instead of the bright, gorgeous Olympus of previous God of War games, players will be thrust into Norse woodlands, which will be home to monsters and creatures such as ogres, drugs, revenants, reavers, and elves.

An over-the-shoulder camera (that never cuts away, making God of War feel like a one-shot movie) adds even more action to the game. Kratos, on the other hand, receives a new primary weapon, the Leviathan Axe.

God of War trades its renowned Greek mythology for Norse mythology, as popular protagonists Kratos and Atreus travel throughout the realms to disperse his late wife’s ashes from the tallest mountains in all realms, including Midgard, where much of the game’s story takes place. With his bow and arrow, Atreus will supplement Kratos’ combat abilities, as well as the power to summon forest spirits. While playing the 2018 title, players might use runes to travel between realms (excluding Asgard, Svartalfheim, and Vanaheim).

The release date for God of War for PC has been set.

The PC version of God of War will be released on January 14th. Both the Epic Games Store and Steam will have the game available.

PC pricing for God of War

The PC edition of God of War will cost Rs. 3,299 and will be available on the Epic Games Store and Steam. Death’s Vow Armor Sets for Kratos and Atreus, Exile’s Guardian Shield Skin, Buckler of the Forge Shield Skin, Shining Elven Soul Shield Skin, and Dökkenshieldr Shield Skin are all included in the God of War PC edition, according to Sony.

System requirements for God of War on PC

Gamers will be able to play the new God of War PC edition at 4K at 60fps with support for unlocked frame rates, additional visual enhancements, and graphical optimizations, as previously stated. According to Sony, gamers who do not have the latest gaming PC or gaming laptop requirements will not have to spend a lot of money on upgrades to play the game because it will offer up to five game settings (including compatibility for 720p/ 30fps). The following are the minimum and recommended requirements for playing God of War on PC. Windows 10 64-bit OS and 70GB of free storage are common requirements.

- Advertisement -
Powered by JustWatch
Share
Facebook
Twitter
Pinterest
WhatsApp
Linkedin
Previous article
NFTs: Most Resourceful guide you’ll find on the internet; Everything you need to know
Next article
NVIDIA ups its game by acquiring HPC for an undisclosed amount