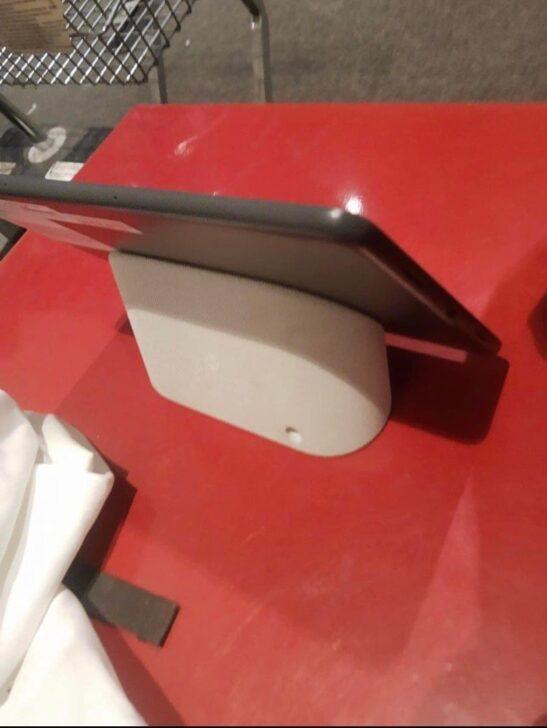 Google previewed the Pixel Tablet during its annual I/O conference, stating that the tablet will be available in 2023. That hasn’t stopped someone from selling a pre-released version of the slate, together with its speaker dock adapter, on an internet marketplace for a reasonable price.

The listing was shared on Twitter by ShrimpApplePro, although he is not the seller of the Pixel Tablet with speaker dock. An unknown seller obtained two Google devices before their scheduled release next year, and if you prefer to be an early adopter, you can have the hardware for a fair $400.

The seller does not go into depth about what he went through to obtain these, but if you live nearby, you are welcome to approach the man and ask him for further information. Based on the images, we believe the listing is genuine, as the Pixel Tablet’s design is comparable to what we’ve seen in renders.

Though the slate has tiny bezels, they are still big in comparison to a modern tablet, which means it has already lost the cosmetics battle to the iPad Pro and Samsung’s Galaxy Tab S8 series. There are also softened corners and a front-facing camera placed in the top bezel. The USB-C connector is positioned on the left side of the device, with speaker grills at the top and bottom.

The Pixel Tablet appears to easily slot into the speaker dock, but the lack of image clarity prohibits us from learning more about the two gadgets.

We do learn that this specific model has 256GB of storage, of which 24GB has been used. Unfortunately, we do not know whether Google used UFS 3.0, UFS 3.1, or the faster UFS 4.0 storage technology, so we will have to wait for updates.

Fortunately, an earlier source said that the tablet would have an 11-inch display and come in two storage options. Storage is unlikely to be extendable, as it is with the Pixel 7 and Pixel 7 Pro, and it supports Wi-Fi 6 rather than the current Wi-Fi 6E standard. The Pixel Tablet could be available in early 2023.