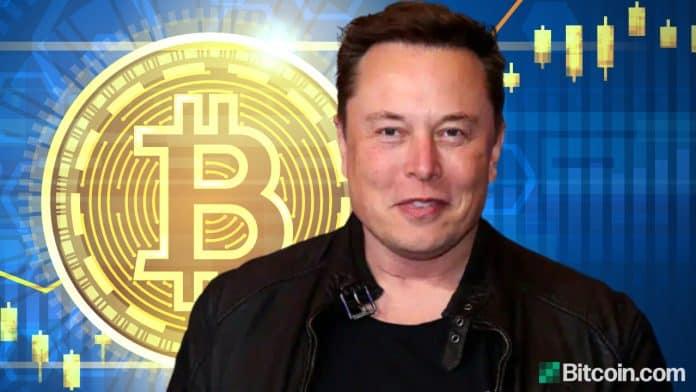 Musk’s Tweet on Wednesday cited concerns about the “rapidly increasing use of fossil fuels for Bitcoin mining and transactions,” while signaling that Tesla might accept other cryptocurrencies if they are much less energy-intensive. He also said that the electric car-maker won’t be selling any of the Bitcoin it holds.

Following the announcement, Bitcoin dropped as much as 15% to just above $46,000, before paring some of the retreats. The world’s largest cryptocurrency was down about 6% to $50,980 as of 1:09 p.m. in Tokyo on Thursday. The rush to sell briefly caused outages at some digital-token exchanges.

Tesla’s announcement of purchasing $1.5 billion in Bitcoin and its plan to accept it as a payment in February, added legitimacy to the cryptocurrency as an increasingly acceptable form of payment and investment.

Tesla’s website noted that Bitcoin was the only cryptocurrency that Tesla accepts in the continental U.S. Musk has also tweeted frequently about Dogecoin, a cryptocurrency started as a joke in 2013 — and he quipped about being the “Dogefather” before and during his stint hosting the “Saturday Night Live” show on May 8. He tweeted on Tuesday, “Do you want Tesla to accept Doge?” At the time of writing this, around 48 hours after the Tweet, an overwhelming 78.2% of accounts have voted yes out of a total of 3,922,516 votes.

Tesla’s investment in Bitcoin was the most visible catalyst during this year’s rally in the digital currency. Bitcoin jumped 16% that day, the biggest one-day gain since the Covid-19 inspired financial markets volatility in March 2020.

Optimism among potential investors grew after Mastercard Inc., Bank of New York Mellon Corp. and other firms moved to make it easier for customers to use cryptocurrencies. Almost fueling the mainstream resurgence that took Bitcoin from about $29,000 at the end of last year to as high as almost $65,000 in April. Bitcoin is still up more than fivefold in the past year.

According to a recent report by an American investment bank, Citigroup Inc., Bitcoin mining is consuming 66 times more electricity than it did back in late 2015, and the carbon emissions associated with it will likely face increasing scrutiny.

The billionaire Tesla CEO is no stranger to considering the issue of crypto’s environmental impact.

Musk’s tweet on Wednesday took many in the cryptocurrency community by surprise, including Nic Carter, founding partner at Castle Island Ventures.

“Surely he would have done his diligence prior to accepting Bitcoin?’ Carter said. “Very odd and confusing to see this quick reversal.”

Tesla’s first-quarter earnings were bolstered by the sale of 10% of its Bitcoin holdings that Musk said was intended to demonstrate the token’s liquidity and added that he’s retained his personal investment in the cryptocurrency. Tesla’s Chief Financial Officer Zachary Kirkhorn said on an earnings call that the company believes in Bitcoin’s long-term value.

Top cryptocurrencies to invest in for better profits!