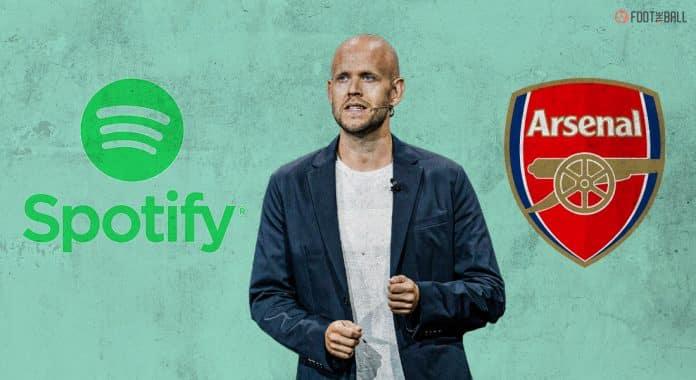 After the unsuccessful formation of the European Super League, there have been demands of the change in ownership of the Big Six England. Arsenal was one of them and their owners Kroenke was told to sell the club by the fans.

Spotify founder Daniel Ek is one of those willing to take the responsibility of the ownership of the club off Kroenke. The man himself said via Twitter,  ‘As a kid growing up, I’ve cheered for @Arsenal as long as I can remember. If KSE would like to sell Arsenal I’d be happy to throw my hat in the ring.”

According to Forbes, Daniel Ek’s personal worth is about £4.7 billion, which is less than that of Kroenke, but the boyhood Arsenal fan was interested in taking over Arsenal.

But there have been reports claiming that Daniel Ek has never made a official bid, so he once again took to Twitter and corrected the false claims.

Ek stated: “Inaccurate reports emerged today saying I have not made a bid for Arsenal Football Club. I think it’s important to correct the record – this week an offer was made to both Josh Kroenke and their bankers that included fan ownership, representation at the board and a golden share for supporters.”

“They replied that they don’t need the money. I respect their decision but remain interested and available should that situation ever change.”

The Kroenkes have assumed full ownership of Arsenal since 2018. But the supporters are unhappy with them and want a change in ownership.