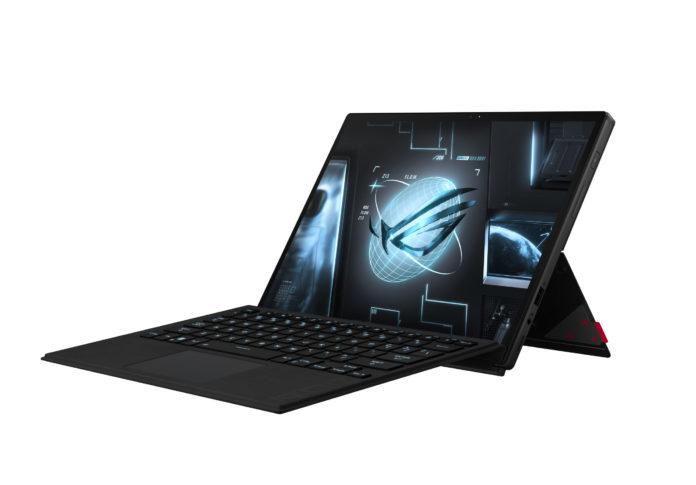 CES 2022, which had been planned as an in-person event, had to make a last-minute change to accommodate the rapidly shifting Omicron situation. With many huge companies pulling out, such as Meta, Google, and Amazon, the majority of this year’s announcements were digital and based on pre-determined specifications.

Intel and AMD have responded by releasing new CPUs that provide more raw power and flexibility to the latest laptop manufacturers. The most thrilling are listed below.

Everyone knows what to expect from Razer: an ultra-thin, steely design that looks like something out of a David Fincher film, and top-of-the-line hardware. The Razer Blade 14 is powered by AMD’s next-generation Ryzen 6000 processor, which is capable of handling most resource-intensive programmes and AAA games while remaining extremely power-efficient.

The Blade 15 and 17 include a few more inches of screen real estate and a 12th Generation Intel Core CPU with up to 14 cores. NVIDIA’s RTX 30 series graphics cards and 16GBs of DDR5 RAM are standard on all three variants. The RAM has been upgraded to 4800Mhz, which makes it about 50% faster than earlier models. A 1080p camera is also integrated, and the displays on newer models have a 144Hz refresh rate.

Alienware’s m17, which comes with a 17-inch display and an AMD-to-AMD coupling, is aimed at gamers that desire high performance. The new AMD Ryzen 9 chipset can take use of its innovative battery-saving architecture, enabling for longer gameplay even at higher loads.

In comparison to the Radeon RX 6850XT graphics card, FreeSync technology increases display performance, resulting in faster response times. Alienware’s Cryo-Tech cooling, with its characteristic honeycomb exhaust pointing outwards and away from the screen, will be there, as it is on its other laptops. For those tactile clicky sounds, there’s also the CheryMX mechanical keyboard alternative.

With its secondary touchscreen display above the keyboard, the Zephyrus Duo 16 expands multitasking possibilities. This is perfect for broadcasters, who can play the game on the main screen while simultaneously using OBS and chat on the secondary screen. You won’t have to worry about accidently clicking out of your screen either, thanks to the distinguishing touchscreen function.

This time, the business has added a four-directional hinge that rises and glides back to provide an almost bezel-free experience between the two screens. The laptop is equipped with a Ryzen 9 6980HX processor, an RTX 3080Ti graphics card, and enhanced liquid metal cooling, which reduces temperatures by 15 degrees above ordinary thermal pastes.

The XPS 13 Plus is a premium model with a simple and fashionable appearance. Although the actual function keys have been replaced with a touch-controlled strip, you still get an edge-to-edge display and a beautiful keyboard. There is also no trackpad, instead relying on a continuous strip of glass touchpad that gives haptic feedback.

It has a 13.4-inch display with the same Infinity Edge design as the previous model, with an OLED panel with 4K UHD resolution as the most expensive option. The laptop’s processor options range from the 12th Generation Intel Core i5 to the 12th Generation Intel Core i7, and the business says that it is built entirely of renewable hydropower energy, making it 100% recyclable.

This detachable, which is a younger brother of last year’s Flow X13, is more of a tablet than a computer, but it still has high-end hardware. An Intel Core i9-12900H processor and an RTX 3050Ti laptop GPU are housed within an ultra-thin chassis, providing ample gaming capability.

Because all of the components are crammed within the screen, there isn’t much room for overheating. When you connect a keyboard to it and use it as a laptop, it can draw cold air in from the back. When gaming, the Flow Z13 can be controlled by touch, mouse, or controller. It’s also available in two 16:10 display sizes: a 4K 60Hz and a full-HD 120Hz, both with AdaptiveSync for quick response.

The new Z series ThinkPads are compact, light, and environmentally friendly, with a grey or black recycled aluminium chassis and a black “vegan leather” cover on one model. The Z13 and Z16 come with larger 16:10 OLED panels with Ryzen Pro processors.

In order to cater to novice users, Lenovo has also removed the discrete trackpad clickers and flipped the Control and Function keys. A new double-tap action on the red Trackpoint opens a menu with quick access to the conspicuous 1080p webcam and microphone settings.

We are way too excited for all the upcoming laptops and we’re sure you are too, let us know below which of them excites you the most.