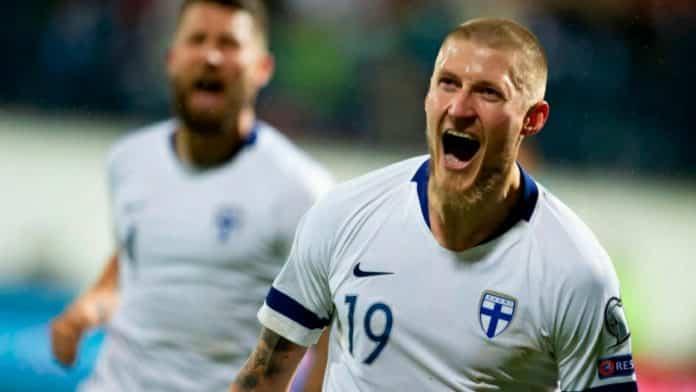 The IFTWC has confirmed that ATK Mohun Bagan has successfully secured Finnish midfielder Joni Kauko as their latest signing for the upcoming ISL season.

Joni Kauko is currently with the Finland national team participating in the ongoing Euros and has made appearances in all three group stage matches as a substitute. Kauko’s current contract with Danish football club Esbjerg fB expires on 30th June 2021. Following this, he’ll join the maroon and greens this season on a free transfer.

If Joni Kauko successfully adapts to the subcontinental conditions, he can prove to be a major signing for ATK Mohun Bagan. The Finnish midfielder will be linking up with Edu Garcia and Carl McHugh, who currently pull strings in the midfield. If he successfully forms a partnership with them, it’ll be of great help to the forwards Roy Krishna and David Williams.

The experienced midfielder has made 378 appearances in Europe until now, scoring 47 goals and providing 19 assists. He has also played in the Bundesliga for FSV Frankfurt.

Last season, ATK Mohun Bagan were very close to winning the ISL but lost to Mumbai City FC in the final that too because of their own goal.

Perhaps ATK Mohun Bagan can change their fortunes this season and hopefully, Joni Kauko would vital in the process of giving the maroon and greens the adequate depth in midfield that they needed. Moreover, the youngsters will also be able to learn from his experience in European football.

How can Federico Gallego impact ATK Mohun Bagan for the rest of 22/23?