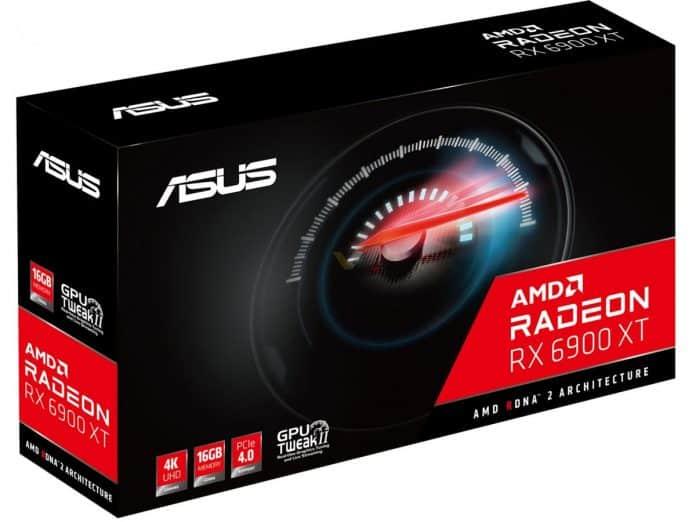 Asus has just announced the custom models of AMD’s latest and fastest graphics cards. Though the launched products are only reference models, they are enough to shake up the gaming community. According to reports, ASUS Radeon RX 6900 XT, dubbed RX6900XT6G, has a triple-fan and comes with a 2.5-slot design.

The RX 6900 XT features Navi 21 XTX GPU along with 300W TBP. It also comes with 2250 MHz of maximum boost clock. Much like its predecessors, the card is also powered by dual 8-pin power connectors.

Asus modeled Radeon RX graphics card will be priced at 999 USD and is expected to be available by the end of this year. And as we all know, AMD will unveil its Radeon RX 6900 XT graphics card on December 8.