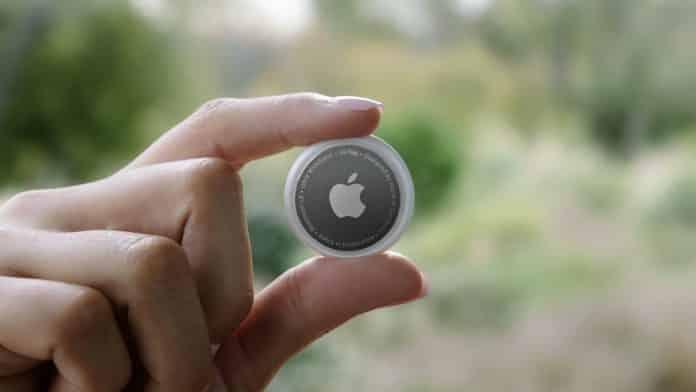 Apple AirTag is now reality and it is now available in India as well. So, if you are thinking what is Apple AirTag, then it will be easy to understand this way. When you lost something, you always wished if it had any sort of tag on it that can allow you to find it more easily or by just showing its current location of the lost item at the current time. So this need is now fulfilled by Apple in the form of an electronic device. This is named AirTag by the company.

Apple AirTags are small circular badge like discs that can be attached with you precious items on the go so that you can track that tag attached onto the item from you iOS device with the help of an an app named “Find My”. Apple AirTags will be useful for tracking items like keys or wallets, and “Find My” app users will be provided with notifications when they are separated from their valuable items.

This small round shaped badge like thing has its own built-in speaker, accelerometer, Bluetooth LE, and a user-replaceable battery. Now let me explain a bit more on this. Let’s start from the battery, according to Apple a AirTag’s battery can last as long as a full year, where users can also change it manually when the company provided battery dies almost after an year. This is a non-rechargeable battery.

Now coming to the tracking part. The Apple AirTag uses Apple’s U1 chip that uses Ultra Wideband technology, sound, and haptic feedback to guide people more precisely to where an item is located. Users can now simply locate their tag attached items by operating Apple’s Find My app, where the AirTag will show up on your screen upon searching, and then the app will play a sound on the tracker when you attempt to locate an tag attached item.

If you are too much conscious about your privacy and do not want to let anyone know your personal locations anytime, then Apple AirTag is just for you. Apple says that it is using end-to-end encryption for the communications between an AirTag and the Find My network. Thus Apple AirTags can never store any location data or location history inside the device physically.

Well if you think properly, that tiny little disc like thing cannot have any unnecessary things except for some really essential stuffs that needed for location tracking and keeping the device alive. In simpler words, there is no space for any storage module so that the company can store your location history physically.

Apple has created several leather loop and key ring accessories that the AirTag can slot into, and the company is also working with accessory makers to create luggage tag enclosures for the AirTag itself. You can also personalize your AirTag by engraving it for free only from Apple.