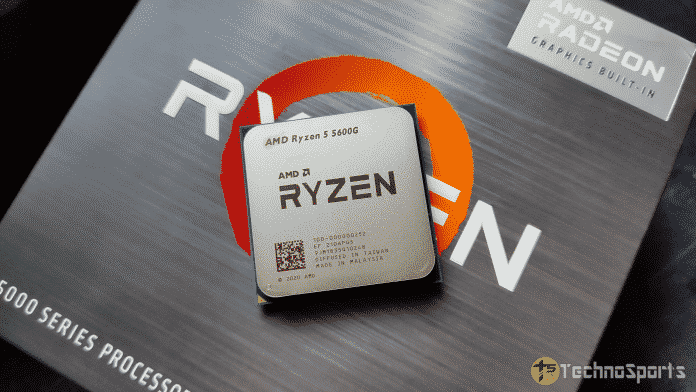 AMD announced the new Ryzen 5000G APUs last month, and it is based on AMD’s revolutionary Zen 3 architecture along with Vega graphics.

Obviously, having two new APUs in the midst of a prolonged GPU crisis is really kind of AMD, and so if you cannot afford a GPU currently, then get a Ryzen 5000G, play for a while and then replace it with a new GPU. The Zen 3 architecture is really promising from AMD as it delivers a great gaming experience and is paired with Vega iGPU, and it should be promising enough.

Considering how much we have come into gaming and how heavy games have become, I won’t use these APUs for heavy gaming, but you can do light gaming or content creation until you can afford one for yourself. However, to be very honest, these are not monsters for gaming but is good for playing casual games or battle royal.

Personally, I would have loved to see AMD bring their RDNA GPU architecture for these APUs as Intel has already stepped up with their Xe graphics. In some modern games like Cyberpunk or Assassin’s Creed Valhalla, or Watch Dogs Legion, the APU cannot keep up even assigning it with 4GB VRAM.

However, you can comfortably play Fortnite, Apex Legends and all games that are some years old. You can play Remastered games like Need For Speed Hot Pursuit Remastered or Assassin’s Creed III Remastered and get pretty good frame rates.

Also, not to forget, AMD’s Fidelity FX Super Resolution is here as well, and that could bring some performance improvement. However, not all games have implemented this feature, but getting some extra frame rates is always welcome.

The Ryzen 5 5600G comes with 6 Zen 3 cores, sports a 3.9 base and 4.4 GHz boost clock speeds, 19 MB total cache, Vega 7 iGPU with 1.9 GHz clock speed. The best part is it comes with a TDP of 65W, so your next APU will be an efficient powerhouse that can deliver the best gaming experience with Zen 3 architecture and GCN (Vega) architecture.

Priced at $259, this is a sweet spot for budget gamers who have been hunting for a budget CPU and GPU, or even if you wanted a Ryzen 5 5600X, this is a good alternative. However, it’s not cheap compared to last-gen, so this is more of an emergency offering in the middle of a GPU crisis to make some money for AMD.

Talking about performance, this CPU delivers decent performance for everyday work and gaming; its 6 Zen 3 cores are very efficient for usage. However, it’s good to see AMD bundling a cooler in the box but use a normal air cooler, and you will see significantly lower temperatures.

A premium air cooler can reduce 15 to 20 degrees Celsius, so even when your game for a while, the processor will not throttle. AMD’s new architecture does really impact while gaming, but the limiting factor may be using an old Vega architecture that is limited in modern gaming titles.

However, you can do a lot of productivity work, like PhotoShop, Premiere Pro, which will not give you the best render times but still, as an APU, it’s decent. In PCMark 10, you get a rating of 6800 with the iGPU and is pretty good; not only that, in PassMark 10, the score is 6010 and is also very respectable.

Zen 3 is amazing, and the CPU performance is great; even though it has 4.4 GHz boost clock speeds but is not far away from one of my favourite Ryzen 5 5600X CPUs, reviewed earlier. You can overclock the Ryzen 5 5600G easily to up to 4.5 or 4.6 GHz with a good air cooler; you will notice some differences in apps that love high clock speeds.

Here are some benchmarks that will give a fair idea against the other processors currently in the market:

In the 3DMark Fire Strike benchmark, you see the CPU scoring a handsome 2994 points with its iGPU, but the Physics score is a promising 21,331 points.

In 3DMark’s CPU profile benchmark also see good scores, and the 6 Zen 3 cores wouldn’t disappoint you at all!

The performance from this $259 APU is good enough for everyday usage and gaming; however, keep in mind you need to cool it properly and give enough VRAM for it to shine.

I won’t say that the Vega 7 graphics is game-changing here, as it’s been four generations since AMD is using the same GPU architecture. We were really excited about Van Gogh APUs, but we are left with no choice as it’s rumoured to be cancelled.

Compared to last year or the last APU that was sold for DIY builders, the Ryzen 5 3400G, this is a good improvement, but most of its improvement coming from the new Zen 3 cores and not the iGPU.

Also, costing you $259, this is not a cheap APU, but it lets you play games with the integrated graphics, which is the only consolation you can give yourself. As said before, you need to have at least 16GB RAM to get the most out of this APU, as you can then assign 4GB dedicated VRAM to the APU.

Having two sticks of 16GB DDR4 3200MHz RAM, I was able to assign up to 16GB VRAM, but I saw most games run fine with at least 4GB VRAM. So, having a dual-channel 16GB RAM in total is good; the faster the RAM, the better performance you can expect.

So, here are some of the gaming benchmarks with the new Ryzen 5 5600G:

As you see in the benchmarks, modern triple-A games stress this APU very much and throttle much as the old Vega architecture cannot keep up. However, in games like Fortnite, League of Legends, Rocket League, CS:GO, FIFA 21, Valorant, you can crank a lot of FPS, even playing at 1080p.

Also, if you use AMD’s latest Fidelity Super FX Resolution in selected games, the free performance increase is not you could skip that easily:

It totally makes few unplayable games playable, and so the iGPU gaming experience is not the best, I would say, but yes it’s good for the price. However, I would have loved to see Zen 3 paired with AMD’s RDNA or even RDNA 2 at some point as though Zen 3 is great, but Vega iGPU has got very old now.

The AMD Ryzen 5 5600G comes at a time when GPU prices have inflated by 200% and more, getting a GPU at MSRP might take a lot of time actually. So, if you are desperate to make a new gaming PC but looking for alternatives, this 6-core Zen 3 based APU is a nice one for its price.

Not only that, the performance you get with its Vega iGPU is good enough to play older titles at good frame rates or newer ones at low to medium frames. Also, not to forget as AMD’s stock of games that support FSR gets stronger, you will get even more benefit from these APUs.

Also, the gaming performance when you pair it with discrete GPU is great and having used it with an RX 6700 XT for some time, I can tell you if you plan to buy a GPU down the road, the processor will easily be able to handle it. So, overall, as a package for $259, the Ryzen 5 5600G solves the GPU crisis to some extent could be your next gaming buddy.

It will be available in the market from day after tomorrow and should be in stocks in good amount but it will be hard to keep up demand initially.

AMD announced the new Ryzen 5000G APUs last month, and it is based on AMD's revolutionary Zen 3 architecture along with Vega graphics. Obviously, having two new APUs in the midst of a prolonged GPU crisis is really kind of AMD, and so if...AMD Ryzen 5 5600G review: A fresh breather in the GPU crisis