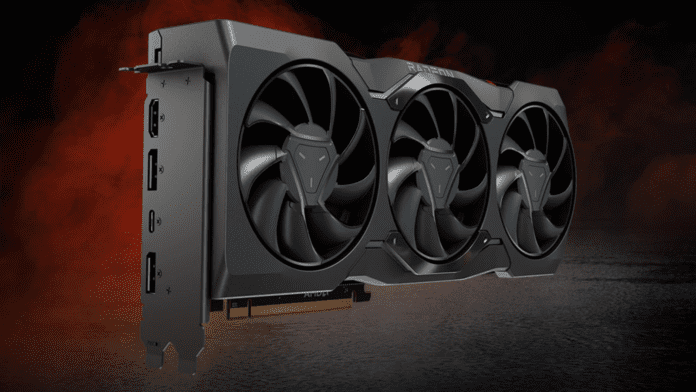 It’s been a few months since AMD unveiled its brand new RDNA 3 gaming architecture, and while the company promised big numbers, it appears that the best RDNA 3 GPU doesn’t deliver in the workloads it was designed for. Computerbase testing reveals that AMD’s flagship Navi 31 GPU, which uses the RDNA 3 architecture, can achieve extremely high clock speeds in non-gaming workloads.

Depending on the workload, AMD’s flagship RDNA 3 GPU, the Radeon RX 7900 XTX, appears to be capable of clocking up to 3.5 GHz in Blender.

These figures are from the German website ComputerBase, and they use the Sapphire Radeon RX 7900 XTX Nitro+ model rather than AMD’s reference design.

The card wasn’t entirely stable with these settings, but it’s still an impressive showing for AMD’s flagship RDNA 3 card, especially since the official specs list a 2.5GHz boost clock frequency – a full 1 GHz lower than what was achieved here.

Computerbase also evaluated the clock speed behaviour on the Radeon RX 7900 XTX graphics card using non-gaming workloads such as Blender, and here, the RDNA 3 GPU performed even better with a clock speed hitting 3.5 GHz, and we have also seen reports that it can do 4.0 GHz in a few cases. The GPU was also consuming much less power, around 400W. The most logical explanation for this could be that games are putting more hardware blocks on the AMD RDNA 3 GPU than non-gaming applications.

The AMD RDNA 3 architecture was and continues to be optimised for games first, and as a result, there are several IPs running on the GPU silicon to ensure that users get the best possible performance. Non-gaming workloads don’t need those extra IPs and can get by with less, allowing the GPU to run far above its standard clock speed.