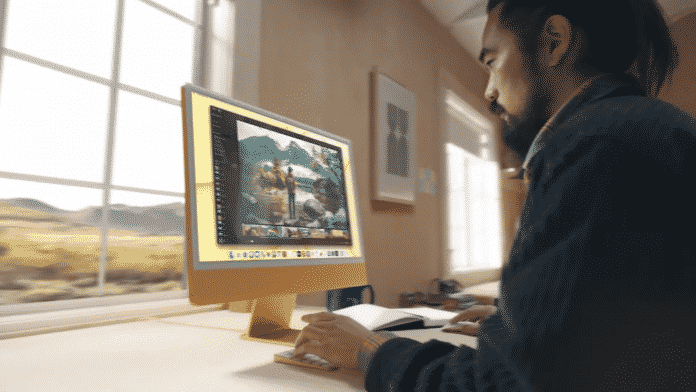 Last month, Cupertino giant announced its 24-inch iMacs powered by Apple silicon, and much like last year what it did with MacBook Pro and MacBook Air, create some differences in features from the base iMac model with 7-core GPU compared to the model with 8-core GPU.

The YouTuber Max Tech did test both of them, and there’s a huge difference in CPU and GPU performance because of thermal throttling. Though there was no noticeable difference in Geekbench 5 results, in the Metal compute benchmark, the 8-core GPU model did have some impact on scores.

Now, when managed to stress both the iMacs for quite some moment, you notice that the single-fan iMac 24 starts throttling as it could not keep the Apple M1’s temperature down. Overall, the 8-core (GPU) iMac 24 variant performed around 10% better, even with its two fans often sitting idle.

The 8-core GPU model enjoys better cooling and better graphics, whereas the base variant that costs $1299 scores 7,002 points in Cinbench after prolonged tests compared to 7,722 points for the dual-fan model costs $1499. Just imagine having a 10.28% advantage for a superior cooling system that costs just $200 more.

Have a look at the video: