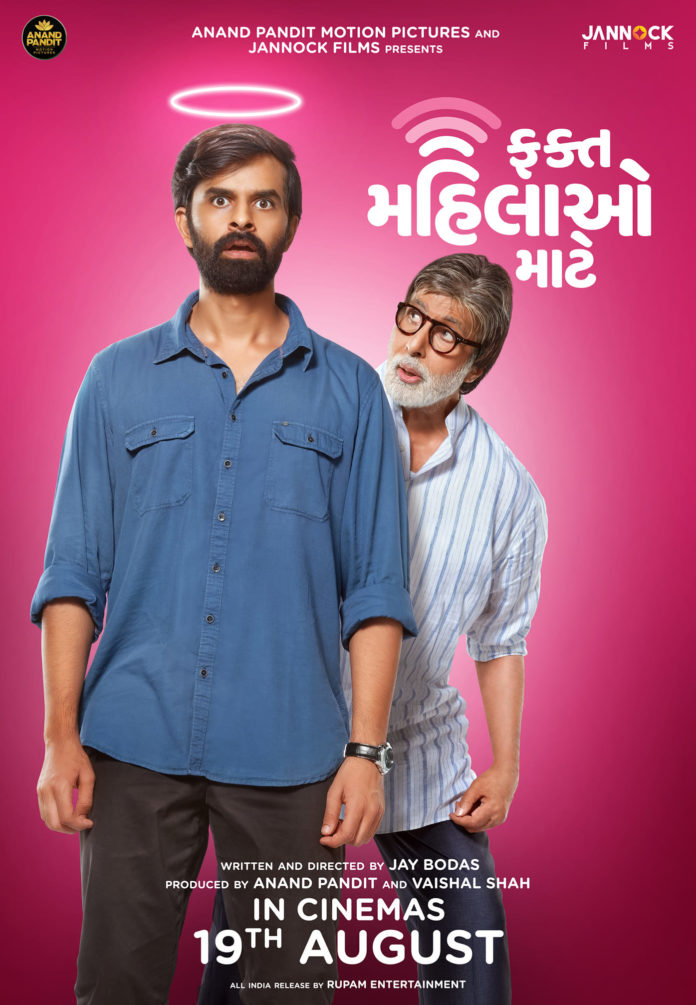 Amitabh Bachchan In Gujarati Film – Fakt Mahilao Maate. The story of the movie revolves around Chintan Parikh, a 28-year-old middle-class man constantly surrounded by and troubled by the women in his life. On one fateful trip to Ambaji Temple, he prays and asks for a power that could help him understand women. Wish Granted.

Producer of the film Anand Pandit “I always wanted to make a family entertainer in Gujarati and the first name that came to my mind was only Amitabh Bachchan. I am most fortunate that he agreed to come on board to not just play a cameo but to lend his magical voice to the narration of the film! What took me by surprise was his perfect Gujarati diction.

Even though I suggested that we could dub his portions, he very humbly said, “Aap Pehle Hamara kaam dekhiye!” I should have known better than to suggest he take a shortcut in his work. I am very happy that he is a part of ‘Fakt Mahilao Maate’ and very excited to present the trailer that I hope will give the audience a glimpse of just how special this film really is.

Vaishal Shah says I am feeling honored to produce this film along with Mr. Anand Pandit, after the recent Hindi film Chehre with Mr. Amitabh Bachchan, and now in this film, Mr. Bachchan has given his voice as the narrator and he also has a cameo. We are releasing the film on August 19th the festival time, so this will be a great treat for the families.

Director of the film Jay Bodas “I never thought my debut will be Mr. Amitabh Bachchan, though this film has all the flavor of family entertainment. This is a film for everyone in the family.”

Read- Rocketry is going to stream on Amazon Prime Video