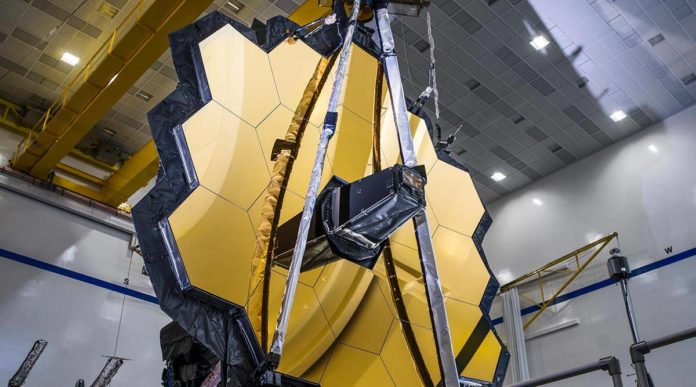 U.S. President Joe Biden, stopping from political demands to bask in the splendor of the cosmos, on Monday revealed the debut photo from the James Webb Space Telescope of NASA – an image of a galaxy cluster showing the most comprehensive glimpse of the early universe ever seen.

On the eve of a wider release of photographs and spectrographic data that NASA planned to present on Tuesday at the Goddard Space Flight Center in suburban Maryland, the White House provided a sneak preview of Webb’s first high-resolution, full-color image.

The $9 billion Webb observatory was created to see through the cosmos to the beginning of the known universe, ushering in a breakthrough age of astronomical discovery. It is the largest and most potent space scientific telescope ever deployed.

“It’s a new window into the history of our universe,” Biden said before the picture was unveiled. “And today we’re going to get a glimpse of the first light to shine through that window: light from other worlds, orbiting stars far beyond our own. It’s astounding to me.”

The 4.6-billion-year-old galaxy cluster known as SMACS 0723 was visible in the image presented by Vice President Biden and NASA Administrator Bill Nelson.

Its combined mass works as a “gravitational lens,” distorting space to vastly magnify the light from more distant galaxies behind it. According to Nelson, at least one of the older, fainter specks of light visible in the photo’s “background”—a composite of images of various wavelengths of light—dates back more than 13 billion years. It is therefore only 800 million years younger than the Big Bang, the alleged flashpoint that began the known universe’s expansion some 13.8 billion years ago.

The space agency published a list of the five celestial objects it has selected for Webb’s spectacular debut on Friday. These include SMACS 0723, a slice of the far universe that resembles a bejeweled gemstone and, in the words of NASA, provides “the most comprehensive depiction of the early universe to date.” Additionally, it is the clearest and deepest infrared image ever captured of the far reaches of the cosmos.

A galaxy cluster called Stephan’s Quintet, which was initially found in 1877 and contains some galaxies described by NASA as being “engaged in a cosmic dance of repeated close encounters” is also part of the collection.

Additionally, NASA will show off Webb’s first spectrographic investigation of an exoplanet, one that is more than 1,100 light-years away and nearly half the mass of Jupiter, revealing the chemical traces of filtered light traveling through its atmosphere.

NASA: Here’s what the Space Agency Saw after pointing its Webb Space Telescope toward Jupiter