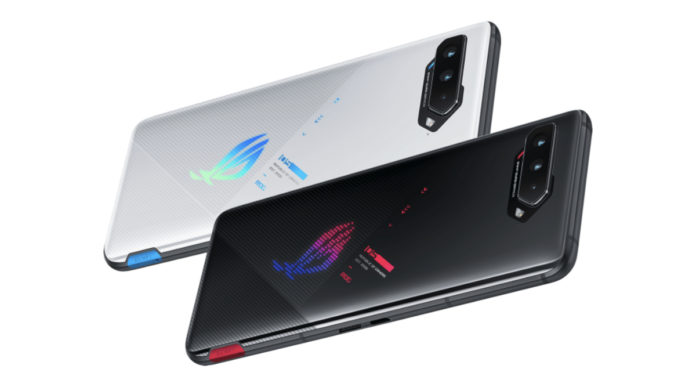 Asus is set to extend its gaming smartphone section with two new devices under its ROG Phone 6 series on the 5th of July at events to be held in different places that include; Taipei, Berlin, and New York. The handsets in the next series were presently allowed by the 3C government of China with model numbers AI2201_A and AI2201_B.

Also, one of the devices has also got the TENAA certification and was seen on the Geekbench benchmarking site as well. The smartphone’s listing on different certification sites has disclosed some of the important information about the next handset. The report indicates that the disclosed specifications might be of the Pro model of the series.

According to the reports, the TENAA certifications have disclosed that the next smartphone will have similar dimensions as its forerunner but they will weigh less than the earlier lineup. It is also anticipated to have a 6.78-inch AMOLED display that will support a 165Hz refresh rate. Also some design tease and a new chipset, the next series is likely to be very similar to its forerunner.

The TENAA certifications have also disclosed that the forthcoming handset will come charged by the recent Snapdragon 8+ Gen 1 processor mixed with 18GB of RAM and up to 512GB of internal storage. However, the report indicates that the device that was spotted on the Geekbench listing had 16GB of RAM and the series might also include a 12GB and an 8GB RAM version.

It is also disclosed that the upcoming handset is anticipated to have a triple rear camera setup that will include, a 64MP primary camera with 5x optical zoom and OIS support, an ultra-wide lens, and a macro sensor. The smartphone might also have a 12MP front snapper for selfies and video calls.

It is anticipated to release initially for the European market and is likely to have a price tag of €799 nearly around Rs 65,900. However, as per reports, the device will also arrive in the Indian market after its worldwide debut and is likely to be available on the e-tailer site Flipkart.