“Kirby and the Forgotten Land “: The Demo and the Latest Trailer reveals the Adventure and Challenges of the game 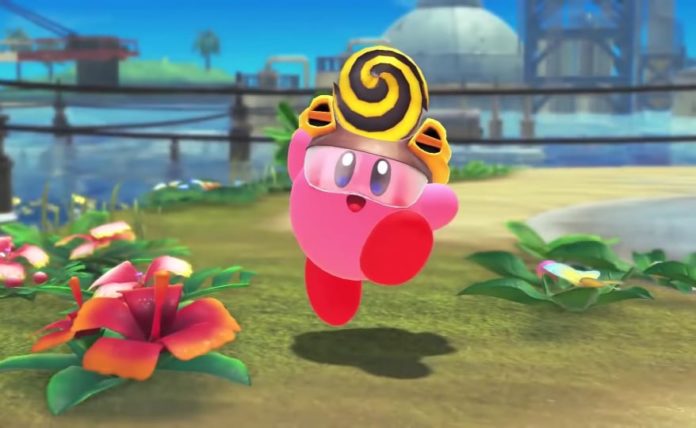 At last, the trailer of  Kirby and the Forgotten Land has been revealed and all the fans become very excited about the game. It seems that anyone who has come away from the video is curious about the latest  Kirby title that also can provide the game and will try to thank a demo available on Nintendo’s eShop.

Kirby is going to exist finality on the 3D plane with the giant Nintendo Switch. This game is based on the 3D stage adventure in the vein of Super Mario 3D World Kirby has such suit of copy abilities and Kirby also has the new trick up his sleeve: Mouthful Mode. On Kirby can take the control of large objects like a car, vending machine, traffic cone, and many of the fixtures aiding you at the time of adventure.

The new trailer of Kirby and the Forgotten Land does not unveil too much about the new information and also has been going over the enemies of the game, the Beast Pack, and also has the multiple transformations that Kirby can use. There are also some of the extra versions of the games that have been uncomfortably named to be Mouthful Mode had also been shown off and also containing  Stairs  Mouth that lets  Kirby move to the large staircase, and Pipe Mouth and also which of the puffball can use to hit through walls.

It seems that the activities available for the players in the latest  Kirby game’s waddle  Dee Town were also given a sizable spot in the new trailer. It seems that in the hub, the players also will be able to update their transformations and also go shopping for food or take part in the mini-games just like fishing,  players also will be able to battle a  gauntlet of Kirby and the Forgotten Land’s bosses and also has eventually square off from Meta  Knight himself.

Now if the player wants to help anyone who is still on the fence about picking up the upcoming Kirby game, Nintendo has also released a  sizable demo on the Switch’s eShop.  It seems that Kirby and the forgotten are the three levels that are most of the game’s first world.

After watching the demo it seems that it contains the first three levels of the upcoming video game, Goorimondo. It also has the co-op mode title that has been allowing a second player to collaborate in as Bandana Wassel Dee who also uses the spear for helping out.

There are also slightly higher-level challenges, and more to do, and also there are many options available that feel to be stuffed along with all the elements  Kirby fans also have been come to love over the years. It is true that the gameplay is literally fun, the graphics pop off the screen, and also it’s a joy to play.

This game will launch on 25th March 2022. This year it will be the 30th anniversary of the game franchise.

Read: “Pokémon Scarlet and Violet”: Everything We Know About the New Game