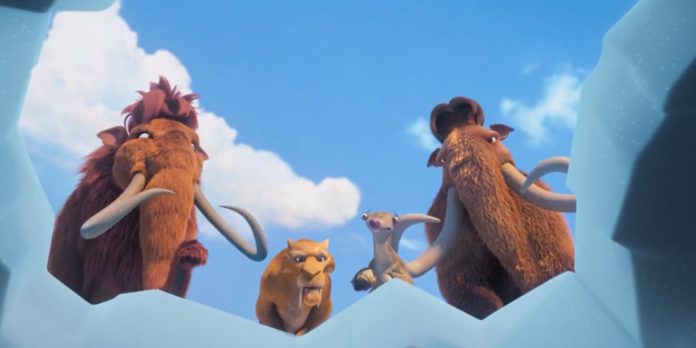 Disney has released the trailer of the upcoming sixth instalment of the Ice Age franchise The Ice Age Adventures of Buck Wild that was actually declared last year.

It has returned some of the beloved characters of the franchise, and it provides such special focus to the adventurer Buckminster and has been voiced by Simon Pegg, and the two of the crazy possum brothers Crash and Eddie that are respectively voiced by Seann William Scott and Josh Peck.

The story of the film is perfectly revealed by a line of Manny’s who has played by ray Romeo, in the trailer, there is the word, “ Oh no! Those ding dongs went back to the lost world!” in this the Lost World has referred to the underground world of dinosaurs that the characters are accidentally found in dawn of Dinosaurs.

It is mainly the Crash and Eddie that will be going to be live with an exciting adventure along with their mentor figure Buck.

It has been directed by John C. Donkin and written by Ray DeLaurentis and William Schifrin, the vice cast is John Leguizamo as Sid the sloth, Denis Latifah as lovable mammoth Ellie, Jennifer Lopez as tiger Shira, and Jessie J as Brooke.

It is not clear whether it will be the last Ice Age film since the last year after 20th Century Studios has been acquired, Disney has shut down  Blue Sky Studios, it is the animation studio behind the original film.

This animation Ice Age film will premiere on 28th January 2021 on Disney+.

- Advertisement -
Powered by JustWatch
Share
Facebook
Twitter
Pinterest
WhatsApp
Linkedin
Previous articleTop 5 things Rahul Dravid wants from the Indian cricket team
Next articleDoctor Strange 2 is undergoing some reshoots: All details about how much reshoots are being done