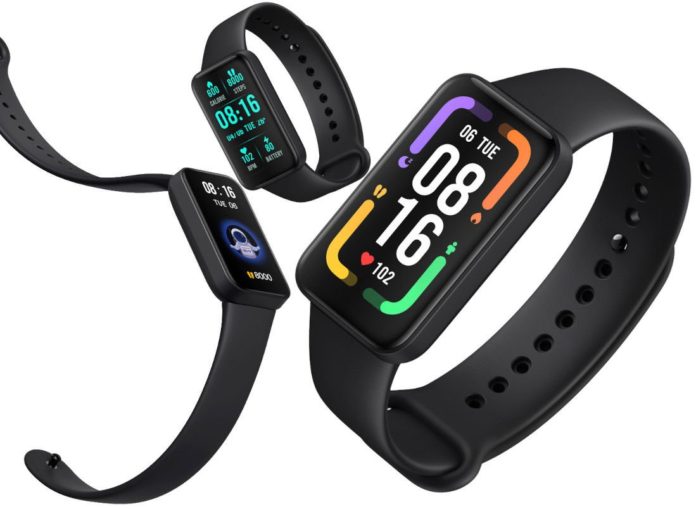 Tipster Mukul Sharma revealed that Xiaomi will launch the Redmi Smart Band Pro soon in India. However, the exact launch date is yet to be revealed. There is a chance the brand could launch the fitness band along with the Redmi Note 11T 5G which is launching on November 30 in the country.

The Redmi wearable will include a 1.4-inch AMOLED touch display with a resolution of 194 x 368 pixels, 8-bit colour depth, 100 per cent NTSC colour gamut coverage, and a peak brightness of up to 450 nits. The smart band is compatible with any device that runs Android version 6.0 or above and iOS 10.0 or later, as well as the Xiaomi Wear or Xiaomi Wear Lite apps.

It supports around 50 different watch faces. Redmi has introduced several new features, including more than 110 training modes for popular physical activities like running, yoga, cycling and swimming. According to the company, the gadget can identify when an exercise has begun and can also assess the user’s effort.

The fitness band comes with a 5ATM rating, which can be worn while swimming and bathing. The smart band can be set up and configured using the new Xiaomi Wear app and is now compatible with Strava and Apple Health services.

The Redmi Smart Band Pro is backed up by a 200mAh battery that is expected to last up to 14 days in regular use and 20 days in power-saving settings. The battery is backed up by an easy to charge magnetic charger. The Redmi Smart Band Pro also includes a six-axis sensor, a PPG heart rate sensor, and a light sensor. It is dust and water-resistant to 5ATM standards, Bluetooth v5 compatible, and driven by the Apollo 3.5 processor.