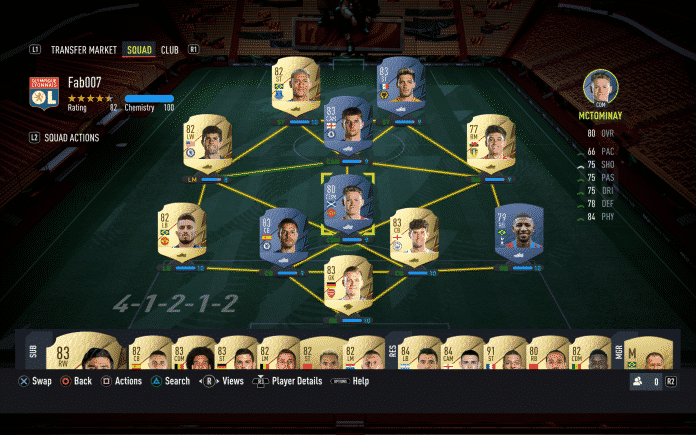 In our last articles on the new FIFA 22, we talked about how difficult it is to score a goal this time around as EA Sports has made the defence a lot better. So, you will need to balance your team well to get the best results and defeat teams in FUT 22; here is the best Premier Lague team under 20,000 coins:

Azpilicueta is another reliable man you can buy for only 1000 coins, not the fastest or the strongest, but he gets the job done. He is the perfect man to stop attacks on a basic level, don’t lounge in challenges with him, do upgrade to Ruben Dias or others when you have more coins.

The Manchester United CDM is a great choice if you want someone to provide a guardline before the center backs. McTominay is only 80 rated; he has the defensive ability to stop players or make tackles and can also pass balls when needed to set up the attack. You will have to spend only 900 coins to get him.

The reliable CAM, who is both affordable and effective, doesn’t have the best pace, but 74 is ok, and his main advantage comes with passing as well as dribbling. For around 2000 coins, you are getting a good CAM who can through beautiful balls for attackers to exploit.

Well, the total team costs less than 20k coins as of now if you play on PC, and you can start playing today only if you have pre-ordered the Ultimate Edition of FIFA 22. Learn more here: FIFA 22: How to get a 20% discount on FIFA 22 pre-order for PC on Origin?