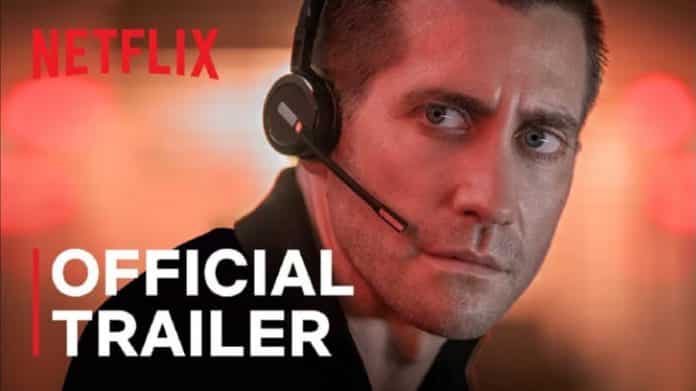 Netflix has dropped the trailer of the upcoming thriller film The Guilty that has set to come after one week of getting the limited theatrical rollout. It is reported that the star stubbed ensemble has been headlined by Jake Gyllenhaal who has acquired the rights of the famous Danish film having that exact name.

In this movie the director Antonie Fuqua has packed up a tense atmosphere and also has some sort of unnerving dread sense, it is hoping that this remake will be able to manage the magic of the original that has also been garnered and widespread the most critical acclaim.

It has confirmed that this film will follow the same path as its predecessor that has found out an emergency services dispatcher and also the former cop who has answered an emergency call belongs to the woman who had been kidnapped by a person who is in a white van and after the line become dead he set out to track the victim before it becomes too late. In this, Joe Baylor will play the role of a call center operator who will try to help a caller who is already in terrific danger but quickly he will know that nothing seems like that and the only way out is to facing the reality.

Before this film will premiere on Netflix it was also premiered at Toronto International Film Festival in September. It is undoubtedly a hard-hitting action film. We can say that the progress, twists, surprises, and abound have supplied the wild power of the film.

It has been confirmed that this film will premiere on 1st October on Netflix.