“Cruella”: The Hindi Trailer of Emma Stone’s Cruella film has been dropped 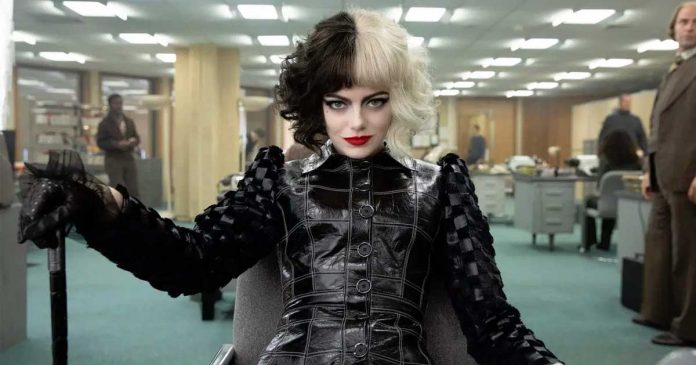 A new Hindi trailer of Emma tone’s Cruella film has been dropped. In this, we will see Emma Stone that has led the origin story of the incredible villain from 101 Dalmatians. The fashionista Baroness von Hellman has said about the aspiring designer Estella de Vil that she does not even care about anyone else due to the obstacles in her path.

The Baroness also said that you have the talent. Whether you had the killer instinct become the main big question ad Estella has dismissed at work by the Baroness and she turned up at a party for making the scene and has set the fire to her dress and also has engaged in some fisticuffs in the heels as she has pointed out and after that, she revealed herself as Cruella.

The remaining part of the trailer has depicted the plot of the Disney film that has found her recruiting of some thieves and con artists containing Artie Horace Badun, and Jasper Badun to build further trouble for the Baroness has included the stealing of her precious Dalmatians and also has liberally tweaked her haute couture dresses.

Anita who is the friend of Estella tells her that she has another extreme side to which she has replied in the poshest of accents. It also has hinted that in this Baroness is not that much aware of the alter ego of Estela about Cruella that has provided a late exchange that has seen in the trailer.

In this Disney + Hotstar’s Cruella, we will see academy award winner Emma Stone. It is a fantastic latest live-action feature movie based on the rebellious of the early days of cinema’s most notoriously fashionable villains who is known as the legendary Cruella de Vil. Cruella that has set in 1970s London in the middle of the punk rock revolution that has followed a teen grafter named Estella who is a very clever and creative determined girl who just wants to make her name for herself with all her designs. She has befriended a pair of young thieves who just have appreciated her appetite for the mischief, and together they can build a life for themselves on the streets of London.

Now it is about one day that Estella’s flair for fashion has caught the eye of Baroness von Hellman who is a fashion legend chic devastatingly and also horribly haute that has been played by two-time Oscar winner Emma Thompson.

In this, the relationship between them has set in the motion of a course of the events, and also the revelations that can cause Estella to embrace her wicked side had also become the raucous, fashionable, and also revenge thirsty Cruella.

It is featuring Mark Strong as the Baroness’s valt Boris, Emily Beecham as Catherine, Jame Demetriou as Gerald, and also Haruka Abe as Liberty, in this Craig Gillespie has directed Cruella off the screenplay by Dana Fox and Tony McNamara. The producers are Andrew Gunn, Marc Platt, and Kristin Burr also with Michelle Wright, Jared LeBoff, Glenn Close, and Stone as the executive producers.

It has been confirmed that this film will release on 27th August 2021 on Disney + Hotstar.