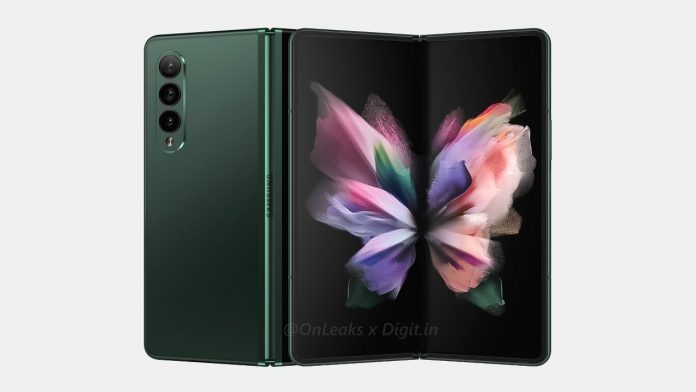 Separately, Korea Herald reports that Samsung may introduce two Galaxy Z Flip 3 models this time around — Galaxy Z Flip 3 5G and Galaxy Z Flip 3 Lite. The latter is likely to be a mass-market model with a more affordable price tag. The report also adds that the secondary display will be 1.9 inches, slightly larger than the 0.98-inch cover display on the predecessor.

The newly rumoured Lite variant will help Samsung in mainstreaming foldable. The Galaxy Z Flip 3 Lite should be a cheaper Z Flip 3, which is expected to come with a premium price tag. The Samsung Galaxy Z Flip 3 Lite will aim at masses out there who couldn’t afford a foldable because of a high price.

The Z Fold 3 and the Z Flip 3 have been leaked extensively in the past. However, the former has been recently spotted on Geekbench, revealing it could come with Snapdragon 888 and up to 12GB of RAM. The India launch for the Z Fold 3 has been tipped for September, a couple of weeks after the global launch.

Previous reports suggest that Samsung Galaxy Z Flip 3 may come with a dual rear camera setup that is similar to last year’s Galaxy Z Flip and Galaxy Z Flip 5G. There’s a centre hole punch cutout for the selfie camera. The foldable phone is likely to come with S Pen support as well. It is tipped to have a dual-tone design and is reported to come in multiple colour options.