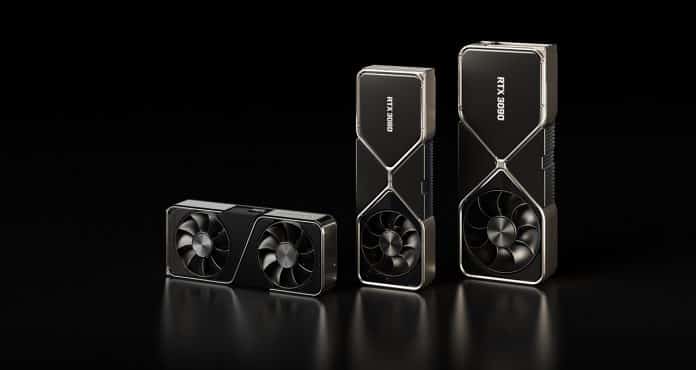 The world is going through the global chip crisis and we as gamers are facing an extreme crisis since the supply of discrete graphics cards is running extremely low. Due to supply being low, the available cards are being sold for extremely high and elevated prices which are unreasonable.

However, to address the issue, NVIDIA has issued a new statement stating that it will be hard for gamers to get their hands on brand new gaming graphics cards till next year. the issue has been persistent since the launch of the GeForce RTX 30 series, and NVIDIA & its CEO, Jensen Huang, has issued multiple statements regarding the persistent GPU shortages.

The major issue is the shipping and logistics along with shortages of components, which are the cause for the poor supply of Nvidia’s next-gen graphics cards. The sudden crypto boom has resulted in miners gobbling up large quantities of gaming graphics cards leaving dust for actual PC gamers.

The exact reasons of the cause of the low supply are the lack of raw materials, outsourcing, the pandemic, and the revival of the crypto craze. But most importantly the pandemic has limited the production process.

When it comes to NVIDIA, the company cannot produce its cards on a mass scale. Thus, NVIDIA outsources the production of the graphics card to TSMC and Samsung. The lack of raw materials to manufacture the cards goes further up the supply chain.

Nvidia’s CFO Colette Kress said, “We expect demand to continue to exceed supply for much of this year. Our operations team is agile and executed fantastically. We expect our supplies to increase as the year progresses.”

These are hard times to be a PC gamer whether you want an AMD or NVIDIA gaming graphics card for your PC and things look like they won’t be changing till 2022.