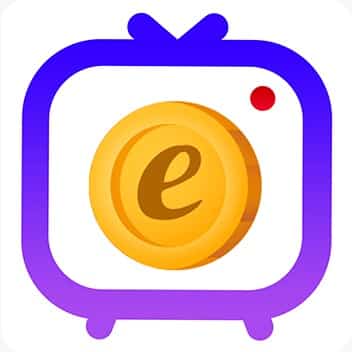 Bengaluru-based Creator-led Social Gaming & Live Streaming startup Eloelo has recorded 50 Million In-App Gameplays in just over 6 months since launch. The App, aiming to solve for Creator Monetization, has been seeing 100% Month-on-Month growth & was recently in the Top Trending Apps on Google Playstore.

The Product which is being used by over 5 Lakh Users along with 10,000 Creators across 4 Languages enables Creators to Go Live and Host interesting Games like Bollywood Quizzes, Musical Chairs, Tambola or just Live Stream with Audiences. There are also 100s of Challenges on the App where a Creator uploads an Entry & a User can Swipe to Vote on whether this Entry will win the challenge. A user can earn coins with daily activities & gift these to their favourite Creators.

It is a unique concept that has gained a lot of traction with 85% of Users coming from Non-Metros & nearly 55% of those users being Females. An average user is spending over 25 Mins on the App daily with Power users spending nearly 50 Mins daily- that’s almost 5 hours/week.

Interestingly, Eloelo started off as Creator-driven Content to Commerce with a layer of Gamification but quickly started seeing immense traction on the Gamification side & was adding a lot of value to Creators of Bharat. Come December, the platform decided to go deeper into the Creator-led Live Social Gaming space & since then the Game really changed (pun intended).

Saurabh, Co-Founder & CEO of Eloelo, says “There are over 50 Million Creators globally of which 5 Million are in India but there are not enough Creator Monetization avenues currently. Despite having the power to attract & move audiences, Creators are never paid their due – and this problem gets amplified for the Creator Middle class who ultimately end up dropping off from their journey. We want to solve this by enabling Creators to engage with their Audiences over Live Social Games & unlock monetization opportunities”

With 600 Million Indians either consuming content or playing games online, combining Live Social Gaming with the Creator Economy is a potential $12 Bn Market that Eloelo is going after. While we have seen platforms in the pure entertainment space or Influencer commerce space, the Creator-led Live Social gaming space is very new & interesting. Add to that the predominantly Female audience base that Eloelo has acquired & it becomes a very differentiated product versus anything currently in the market.

Saurabh fondly recalls a Creator’s whatsapp message which said, “You guys are doing so well for us creators.. honestly I love trying out new stuff and this was such a good experience for me! Hosting a fun Game with all the tools in the App & interacting LIVE with Audience felt so good”.

The startup which had raised a $400K round in August’20 from Waterbridge Ventures, Sequoia Scout & marquee Angel investors like Ramakant Sharma, Rishi Vasudev, etc aims to bring classic offline activities like playing Musical chairs, Tambola, Quiz contests, Talent Shows, etc online in an Anchor-driven 1:Many format.
Akshay, Co-founder of Eloelo, says “We were always looking at the Creator Monetization problem with a different lens. Instead of copy-pasting solutions on Subscription for exclusive content which work Globally but not in India, we decided to blend a unique offline insight of Creator-hosted Games by bringing it Online & enabling the creator to monetize from Audiences using our in-app currency”.

While currently, the App has an “Earned currency” in the form of Elo-coins which users earn by referring their Friends & logging in daily, it will soon be introducing a bought currency for Users to gift creators & participate in Live Games. The pace at which Eloelo is growing per month, Saurabh believes they will own the “LIVE” space for Bharat & soon cross 5 Million users across Languages with 1 Lakh creators earning on the platform by end of 2021