All the details about the Netflix Crime Thriller ‘Snabba Cash’ 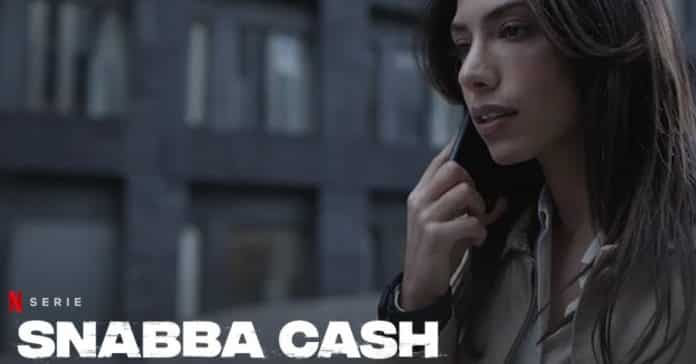 Netflix has going to launch an incredible crime thriller named Snabba Cash. In 2010, this series was revealed in Hollywood which was directed by Daniel Espinosa. It is mainly a gritty international-level crime thriller featuring a then up-and-coming Joel Kinnaman. The movie has spawned a trilogy, while an American remake was started to work once in it. Now Netflix has held the baton and also crafted a new slick TV series to set in that same world.

Netflix has confirmed the release date of Snabba Cash on 7th April 2021. The viewers have to wait a little long for this new Netflix thriller.

This film’s story is based on the novel of author Jens Lapidus, and the trilogy of this movie has focused on the character named JW, which Kinnaman plays. In this, Kinnaman is a poor business school student who is very desperate to appear more affluent than his originality. Even he entered into a terrible world for the trading of cocaine and realized very soon that he is in over his head.

The original Swedish movie has appreciated by Martin Scorsese very much that he has brought it to the American shores, and there is also Zac Efron was once set to cast in a remake that never happened.

It also has confirmed that this Netflix version is not the same remake, but it is a quasi-sequel of the series set ten years after the events of this film trilogy. In Stockholm, it depicts that a greedy environment where the desire for status and money is extremely stronger than ever, and there is an asset of a criminal world that becomes more chaotic and brutal.

It follows a single young mom Leya who is trying to make it in the starting scene and entangled in the criminal world.

This upcoming crime thriller is featuring g with Alexander Abdallah, Ali Alarik, Olle sari, Dada Fungula Bozela, and Joszef Wojciechowicz, and also there is the star Jesper Ganslandt who are directing the four episodes and the remaining two is directed by Mans Mansson.

Previous articleFinal Fantasy XVI looks like a timed exclusive for PS5, the PC version could launch later
Next articleAMD Ryzen 3 5300G – The first Zen 3 based quad-core APU ends up on eBay for $177