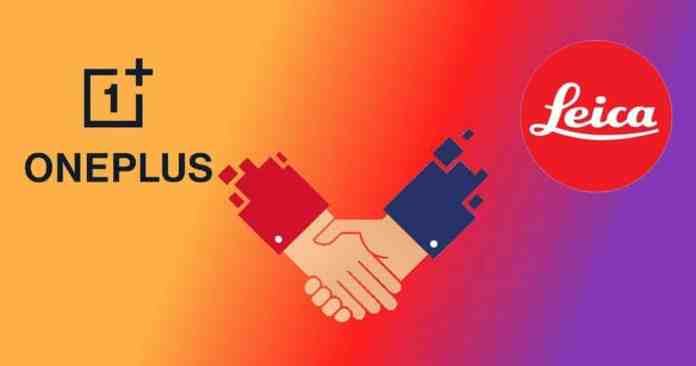 Every smartphone manufacturer always looks for something which can improve the camera modules of its smartphones, like good sensors, software optimizations, and stuff. OnePlus is about to launch its OnePlus 9 series of smartphones in 2021 and a recent leak has come out saying that OnePlus may sign a partnership with Leica for the camera improvements of the OnePlus 9 lineup.

From that leak, we’ve come to know about the relationship between OnePlus and Leica. Apart from OnePlus, the leaker has also stated the names of other smartphone manufacturers with their camera partners, such as Nokia & Zeiss, Huawei & Leica, Vivo & Zeiss. OnePlus is already very much famous for the cameras of its smartphones. So, we can definitely expect some extraordinary thing the OnePlus 9 series is going to achieve for this partnership with Leica. There will be no surprise if the OnePlus 9 and OnePlus 9 Pro camera performance beats Huawei Mate 40 Pro and Mi 10 Ultra in the DxOMark’s smartphone camera ranking.

Earlier, Pete Lau (CEO of OnePlus) has revealed in an interview that they are in the works of improving the camera performance of the upcoming OnePlus smartphones “with a bigger focus on software and hardware”. besides the flagship OnePlus 9 series, OnePlus is looking to improve its mid-range Nord series as well. As per the OnePlus 9 lineup, there will be a total of three smartphones: OnePlus 9, OnePlus 9 SE, and the OnePlus 9 Pro. As of now, we don’t know whether all three smartphones will feature the Leica technology or only the Pro version will be blessed with that. Let’s wait for OnePlus’s further statements regarding this issue.

OnePlus 9 series will not have Leica cameras: Is that true?