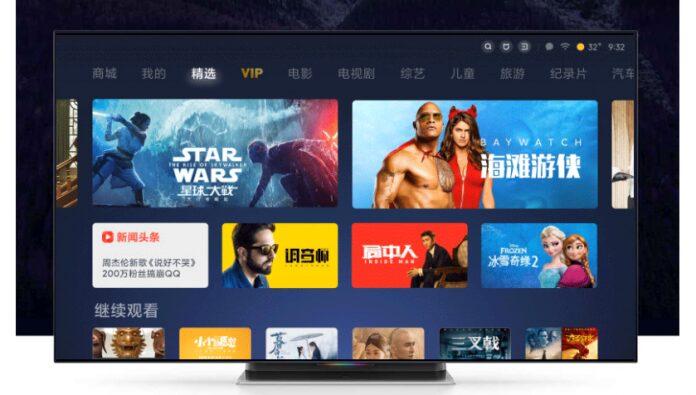 Xiaomi is one of Asia’s largest tech giants, its Smart TVs are one of the top displays available in the Asian market.

The company has now reportedly started rolling out its new OS for its own Smart TVs – MIUI for TV 3.0 has been released in batches. Some users in China are able to enjoy the new UI before others. The new update brings along new animations and a refreshed UI. The new UI has placed everything in a symmetrical manner, which is also cleaner to the eyes.

MIUI has been the core of Xiaomi and is what started the company. Recently the company has started rolling out its new MIUI 12 for its smartphones, for all eligible devices.

The new MIUI for TV brings a lot of changes to animations. The system has a new feature that learns by users’ habits and recommends movies and series. It does this by implementing new and improved AI algorithms. Playbacks can now also be resumed quickly as they now do not exit the player.

Xiaomi’s Master Series TV’s will have a special feature called the “Ripple effect”. This will add dynamic effects while browsing through movie options. The new UI also comes with a shortlist of related recommendations for users’ benefits. Also, a short description of the movies and TV shows will be provided.

The content recommendation will be unique for different modes and they will be based on watching habits. Kids Mode now support app controls so that parents can supervise what their children watch directly from their smartphones.

The Mi Remote app is now more capable than before. Users can download and install apps on their TV directly using smartphones. They can also mirror the TV screen to their handsets, allowing them to navigate to control their smart TV with touch inputs.

The Mi Remote app now comes with a gamepad to play games on TV without investing in a separate controller. Xiaomi’s Smart TVs in the International market comes with Android TV, which is a must for Google services like Chromecast, Play Store, and Google Assistant.

The new OS is not just a visual treat but also packs a lot of useful goodies. Unfortunately, users outside the China market will not be able to enjoy the new UI.