Why signing Emerson Royal is a good bargain for Barcelona? 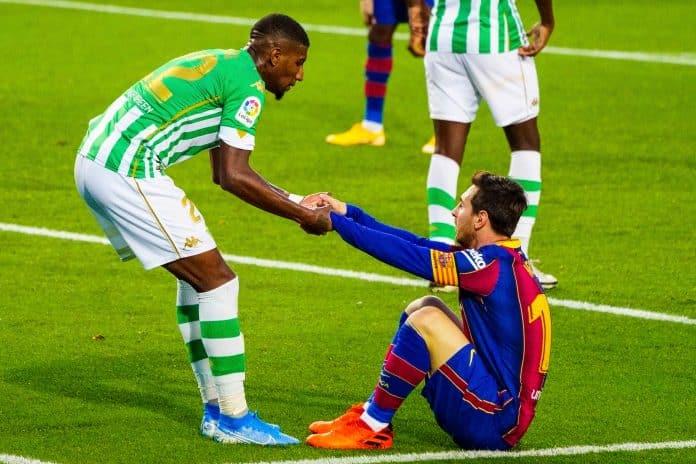 FC Barcelona sees some important signings recently; thanks to Laporta, you sense these transfers are more value-for-money deals than ever! Under Bartomeu, we have seen the cash been thrown on big signings, but no results from these players.

However, things have changed a lot after Laporta arrived; he promised new signings and told about big exists. Obviously, you won’t see them coming very soon, but you will hear rumours because the new Barcelona board desperately wants to lower wages.

The free transfers of Eric Garcia and Sergio Aguero show how this board wants more efficient deals. The signing which we were expecting was the signing of an emerging right-back Emerson Royal from Real Betis, who was half-owned by Barcelona until now.

So, after giving a €9m buy-back clause in his contract to Real Betis, the Brazilian has become a complete Barcelona player. Now let us explain why signing Emerson is a good bargain for Barcelona and how could he help the much-needed defensive area of the Blaugranas.

Emerson is a 22-year old right-back who is quite tall, having a height of 1.83 m and is quite fast and physically strong. He could also be a great option in attack because he helped Betis last season with 2 goals and 4 assists.

Barcelona has struggled a lot in this position after losing Dani Alves, so many specialists find some similarities with his fellow Brazilian Emerson Royal. He is technically good and has helped Real Betis a lot in the past two seasons, also gaining the LaLiga experience, he could be a great asset for Barcelona.

The young Sergiño Dest is also growing at FC Barcelona, and now with Emerson, both could have a healthy competition that could help the team in the long run.

Now, talking from an economic standpoint, the €9m invested here is a very nominal fee for a player like him because his current market value stands at €25m. Even though the contract has not been signed yet, still he will earn a lot less than Sergio Roberto.

Also, sad to say, but Roberto has not been convincing enough for the last few seasons, and he earns a lot more than he gives the output. So, among Laporta’s exit list Roberto is one of the high-profile names who could be shown the exit door, so having a player like Emerson Royal is a risk-free investment as he holds high market value.