What does East Bengal FC need to do to change their fortunes from the previous two seasons of ISL? 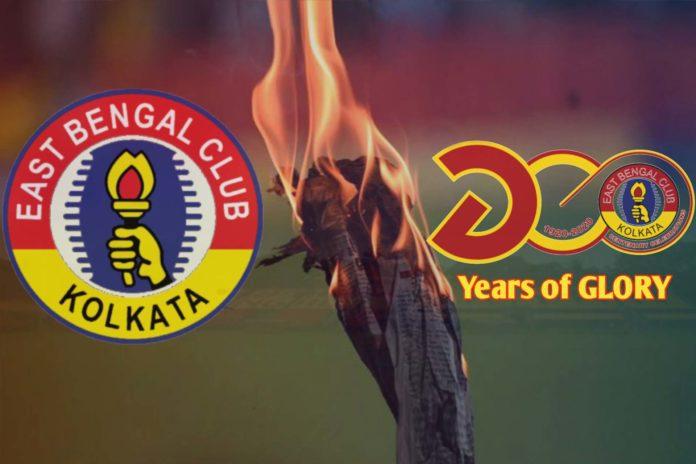 East Bengal did not perform up to the mark in their last two Indian Super League seasons. They had also started this season with a 3-1 loss to Kerala Blaster FC. Let’s have a look at why the Kolkata giants failed in India’s top football league.

EAST BENGAL, is a name that gets going a million heartbeats. One of the biggest clubs in Indian Football, with a rich history and their strength being their millions of fans all around. From Kolkata to Boston, to the peaks of mountain ranges, wherever they go, they carry their love for the club with them. They’re passionate, they’re fierce and they are crazy for football.

The club from Bengal has miserably failed to hunt glory in recent times. East Bengal at the beginning of this season, celebrated 100 years of their club since the time they started working officially, in 1920, which they did with huge expectations for the season. But, talking about the current season it has been a disaster so far, with the rest of the season set to be cancelled due to the ongoing Covid-19 pandemic.

The Kolkata-based club has failed to win even a single trophy over the season, their coach Alejandro Menendez Garcia was sacked mid-way through the season, and their fans even had to think of relegation at a point which the team managed to rescue themselves from and rise up to a good position in the table.

There has been a change in personnel at the coaching level with the appointment of Manuel Diaz earlier this year, alongside a revamped squad of new foreigners and a much better crop of Indian players. SC East Bengal is a side that could be in and around the top six in the league if they make the right moves and their player roster fits the coach’s plan.

Since the upcoming ISL season mandates a maximum of seven foreign players on the pitch at all times of play, it has become imperative for every club to focus much more on their Indian players than foreign signings. Due to a delayed start in team building, owing to negligence from East Bengal club officials over the signing of an agreement with Shree Cement, the Red and Golds have had to miss out on several quality Indian signings in the transfer market.

Though the team is stronger from last year’s campaign, the red and golds still lack at a few positions. They have Ankit Mukherjee as a right-back, but there is no one to replace him in his absence. The same could be said about the left side of the defense, where they have options like Sarineo Fernandes and Hira Mondal but both of them haven’t been tested in the top tier of Indian football. Fernandes is a promising prospect and coach Diaz is expected to give him the superintendence required to showcase his calibre, but Hira’s defensive abilities may raise a few questions.

The lack of a deadly goal scorer has been a major problem for East Bengal. At times we even saw midfielder Jamie Santos Colado play as a striker. East Bengal suffered with strikers last season too as their star man Enrique Esqueda got injured at an early stage of the league. Though Jobby Justin covered his absence very well the void remained and further increased when Jobby left for ATK at the start of this season. Spanish striker Marcos de la Espada was brought in with much hope but apparently, he failed to fire. He scored a few goals but it wasn’t enough. Also, he alone cannot be blamed as he lacked a striking partner throughout the season.

Stephen Constantine’s Red and Golds lineup failed to impress for large periods of the game. While the first half ended goallessly, the Yellow Army was able to carve open the Kolkata-based club’s defence and race to a 3-1 victory. Adrian Luna opened the scoring before super-sub and new signing Ivan Kaliuzhnyi struck a double for Kerala Blasters against East Bengal on the opening day of the 2022-23 Indian Super League season.