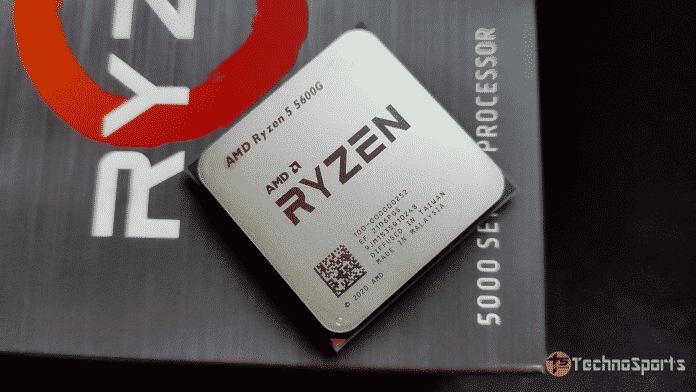 Though multiple reports have suggested that global PC shipments are on a decline AMD is enjoying a healthy piece of cake in the entry-level PC segment cutting shares of Intel. Its older Ryzen 5000 series CPUs are the top-sellers across the world on Amazon or any market you enquire at.

The interesting fact is after the launch of the new Zen4-based AMD Ryzen 7000 series chips, these older Ryzen 5000 processors have seen a huge price decline which has resulted in people flocking towards older Zen3 chips which provide better value for money. So, go to any Amazon, India or the US, these Ryzen 5000 chips are ruling and especially one of them i.e. the AMD Ryzen 5 5600G APU.

But Why? Let’s find out:

Why is the AMD Ryzen 5 5600G the best-selling Amazon CPU globally?

Well, there are multiple reasons that have made this chip the people’s choice globally, and here we will talk about all of them one by one. Before that, let’s take a quick look at the specifications of this APU:

As you see you get 6 cores with up 4.4 GHz speed and is overclockable as well, compatible with most AM4 motherboards which aren’t very expensive, draws very low 65W TDP and have inbuilt Vega graphics that ensure 1080p gaming at low settings. A base 3.9GHz gives good performance overall and also coming with an in-box cooler gives better value overall.

In every other market, this Ryzen 5 5600G is incredibly cheap and now is available at entry-level pricing which increases the value-for-money offering. As we saw in our review of this 5600G, the 6-core chip is the lowest down the stack of the latest processors but is much better than Ryzen 4500 or Core i3s in the similar pricing.

The biggest reason why people are buying this APU is because of its lower platform costs, you can get an affordable A320M motherboard or a B450M if you intend to overclock. In the review we also played games using the integrated graphics and it was decent though, further can get enhanced with FSR.

Overall, most budget gamers will be comfortable getting this 6-core chip, which could last for few more years down the line and with almost zero cost on GPU people will save a lot. So, having a lower pricing, flexible platform support, superb efficiency and good stocks has made the Ryzen 5 5600G undoubtedly the best-selling desktop processor across the globe.