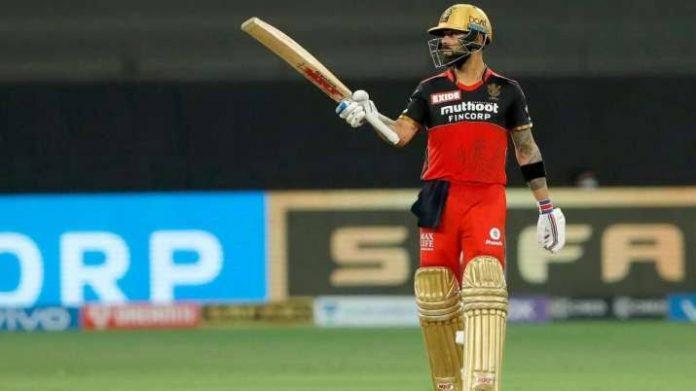 RCB captain Virat Kohli reached another landmark while batting against Mumbai Indians during phase two of IPL 2021. The Bangalore captain achieved the 10000 run mark in T20 Cricket after crossing the 13 run mark. With this, Kohli becomes the first Indian to achieve this feat in the T20 format of the game.

He crossed this milestone by smashing a six to Jasprit Bumrah in the fourth over of the innings. The RCB captain joins an elite list of five cricketers who have achieved this feat of reaching 10000 runs in T20 cricket. The other four players in this list are Punjab Kings opener Chris Gayle, Mumbai Indians all rounder Kieron Pollard, SRH opener David Warner and Pakistan’s Shoaib Malik.

Kohli’s knock of 51 runs from 42 deliveries helped Royal Challengers Bangalore set a good target after losing the early wicket of in form opener Devdutt Paddikal. In this knock, Virat Kohli smashed three sixes and three fours and built good partnerships with Maxwell and Bharat. Due to the good overall performance by both departments, RCB won their first match of phase two.

Also Read: ICC T20 World Cup 2021: Mahela Jayawardene, the most successful coach in the IPL, has been recruited as a consultant for the Sri Lankan team

Virat Kohli is undoubtedly one of the greatest batsman present in all formats in the current era of cricket. Despite, being off form lately, Kohli has been immense for his team’s success in T20 formats throughout his career.

Subsequently, the Indian captain has several records to his name in this format. As a result, let’s take a look at Kohli’s prominent records in T20 format.

Virat Kohli is the highest run-scorer in the history of IPL. He has scored over 6000+ runs while playing for RCB. Moreover, he shares the record for most number of centuries with Chris Gayle in the IPL history. Apart from his hundreds in T20, he has scored 73 half-centuries in the shortest format of the game. The Rcb captain has also scored the most amount of runs in an IPL season- 973 runs.

Last but not least Kohli is also the highest run-getter in T20Is. The Indian captain has accumulated 3159 runs at an average of 50+. All these records are a testament to Kohli’s greatness in the sport. Therefore he will try to emulate his dominance and help Bangalore win the first IPL in his last season as an IPL captain.