Ultimate Kho Kho takes a giant leap in viewership with a massive 164m reach; the “mud to mat” spectacle captured 50% of urban viewers 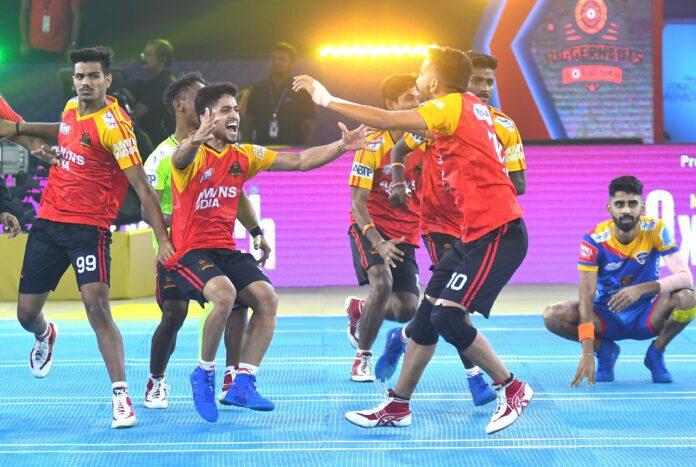 League records 64m viewers through Live broadcast on TV and OTT; 41 percent of the league’s total audience were female

After a spectacular entry into the Indian sporting industry with a highly successful inaugural edition, Ultimate Kho Kho has achieved yet another milestone as the latest YouGov Report revealed that the league reached a massive audience of 164 million across various media touch points, emerging amongst the top-3 non-cricket leagues in India.

Presenting the indigenous sports in an exciting-revamped avatar, Kho-Kho which is largely perceived as a rural sport, managed to capture the imagination of the urban elite viewers with an equal split of urban and rural viewers and 70% audiences from SEC AB. According to the YouGov Sports report, 41% of the overall viewing base was female audiences, which is quite good for fairly a new sport on Television.

The success of Ultimate Kho Kho shows the audience’s readiness to accept a new sports format if it is positioned in the right manner. Efforts put into showcasing Kho-Kho as new age sport and producing the event with world-class standards really paid off as not only in form of high reach and stickiness but also Ultimate Kho Kho was the top performing league for the inaugural season in the past five years across all leagues.

Season 1 of the Ultimate Kho-Kho was telecast on Sony Sports Network as well as streamed live on SonyLIV across multiple channels and in 5 languages. The inaugural Season was produced by RISE Worldwide with 19+ cameras including the first-ever Spidercam in indoor sports in India.

“What stood out was the high time spent on highlights, which saw a total viewing of 5825 hours. That means despite some major international tournaments, including the India-Pakistan clashes in the Asia Cup, the fans were keen on taking the remote control back to enjoy Ultimate Kho Kho. The edge-of-the-seat action also introduced a whole new sport to the millennial and Gen Z audience as it clocked 148 million reach on social media as well, with 225 million video views and 60 million interactions across social media platforms. What is also heartening is the strong response both from rural and urban for such an age-old and heartland sport in India,” said Ultimate Kho Kho CEO Tenzing Niyogi.

Ultimate Kho Kho is promoted by Amit Burman in collaboration with the Kho Kho Federation of India.

Inaugural Season managed to get higher traction not only in franchisee states (Maharashtra, Tamil Nadu, Andhra, Gujarat, Odisha and Rajasthan) but also in other states such as Karnataka, Delhi, Punjab, Madhya Pradesh and West Bengal. Ultimate Kho Kho has also achieved a net media value of INR 132.5cr with the sponsor branding on floor mats and perimeters assuring the maximum visibility given the format of the game, camera angles and court size. It reflects the strong potential for sponsors in terms of Return on Investment (ROI).