Top 10 youngest players to score in the Bundesliga 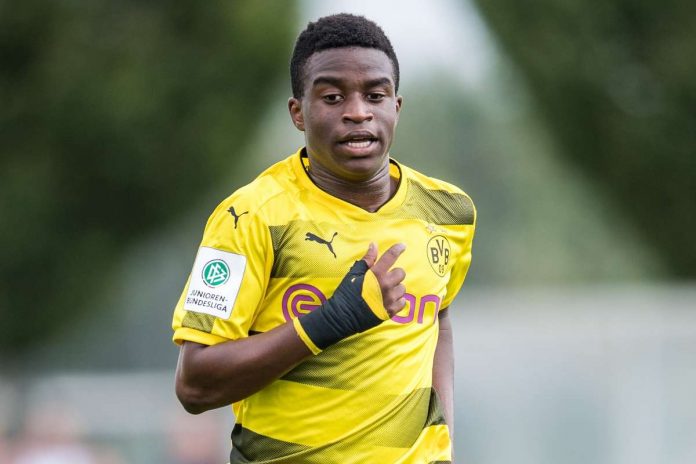 With Youssoufa Moukoko breaking records ever since he took to the pitch for Dortmund, many questions have been asked about the top ten youngest goalscorers of the Bundesliga. In this article, we have a look at the names that opened their account early.

Currently playing for Chelsea after a record move to Stamford Bridge worth £90 million, Kai Havertz started finding the back of the net nearly in the Bundesliga for his boyhood club, Bayer Leverkusen.

Jann-Fiete Arp is currently 20 years old and features for Bayern Munich 2 in the third tier of German football, the 3.Liga. The youngster scored his first goal in the Bundesliga for Hamburg and sure did it fast.

Despite not managing to play for a very long time, and not scoring many goals in his career either, Ibrahim Tanko was one of the youngest players to score in the league when he netted for Dortmund.

Another Dortmund player, Lars Ricken was a true one-club player, making his way through the Dortmund academy and living out the full extent of his playing days at the black and yellow club, whilst also winning the Champions League.

Another former Dortmund player, and current Chelse star, the American was quick to net his first goal for Borussia Dortmund when he was part of the black and yellow army.

Musiala is currently at Bayern and scored his debut goal in the infamous 8-0 the decimation of Schalke in the opening day of the 20/21 season. He has already managed to find the back of the net thrice this season.

Chelsea have been shopping from the German league quite a bit, and before joining RB Leipzig, Timo Werner started making a name for himself for Stuttgart and started off young.

Draxler managed to open his Bundesliga scoring account at the age of 17, much like the majority of the list. Since netting his first goal for Schalke, Draxler has managed to make it to the Germany national team, as well as earn a move to Paris Saint-Germain.

Heralded by many as a club legend, Nuri Sahin is another Dortmund player that makes the list of the youngest players to get on the scoresheet in Bundesliga history.

Leverkusen’s replacement for Kai Havertz, Florian Wirtz has hit the ground running and has already managed to find the back of the net twice since this season, while also setting up four in 12 appearances.

The Dortmund starlet is now the youngest to ever feature in a starting lineup, youngest in the Champions League and also the youngest to find the back of the net in the Bundesliga.