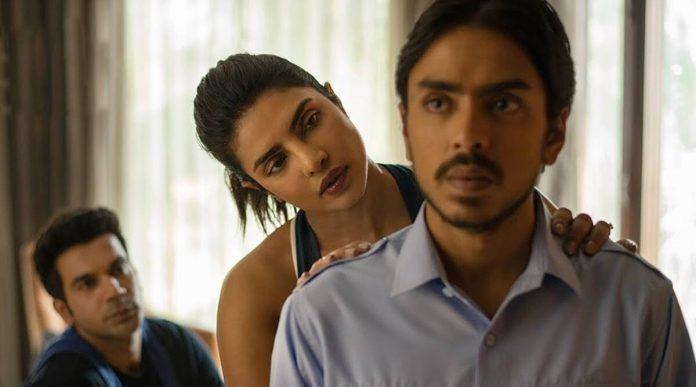 The entertainment industry is one of the known sectors; only growing even in the pandemic situation. In this situation of a pandemic, the OTT platforms are the only place that can satisfy the hunger of movie lovers.

They are continuously supplying the staff for the people to bring some spice in their daily boring life. When we tell about the OTT platforms, then Netflix is one of the most favoured platforms all over the world that can supply a sufficient amount of staff to the audience.

Here is a list of the top 10 series coming in February on Netflix:

The story of this movie is based on the story of a man named Balram Halwai. This man was born in extreme poverty and typical servanthood. As a common person, he also struggling for a life of freedom and financial stability.

This Netflix series is basically a teen drama. This series depicts an ensemble cast based on the characters of the animated show. The actor Abigail Cowen has performed in the lead role of Bloom.

This Netflix series is based on a woman Daphne Bridgerton who is the eldest daughter of the well-known Bridgerton family and going to reveal herself onto Regency London’s competitive marriage market. At first, her prospects are initially noticed to be unrivaled. She tries to follow the steps of her parents and she also finds a match that feels like true love.

It is also an incredible Netflix series. With the trouble of romance, school, and family, Archie and his gang intertwined in a dark Riverdale mysteries. When the death of one of the rich and popular Blossom twins happened on the 4th of July, the small town of Riverdale has started the investigation of the murder.

In this movie Tribhanga, the writer, director, and also the actor Renuka Shahane, also a famous actor has tried to write an emotional drama on the basis of the three-generation of woman. This movie basically depicts the three generations of the woman and their lifestyles.

This is the most popular and one of the best series that has created a huge response in people. It depicts the personal and professional lives of six friends of aging twenty to thirty or something years old. It has explored the normal life of love, laughs, and sadness. It is basically a compact series that you should watch once in your life.

This series is basically a 2021 American family adventure film. It depicts the story of two Brooklyn siblings on a trip to Oahu, where they discover their Hawaiian inheritance.

This story of this show is based on a writer named Jack who goes into a remote meat cooler that has set up by his agent to be locked in for five days so that he can complete his book on a fixed deadline.

It is an incredible journey movie. This story of this movie is based on a tour guide who belongs to Kerala and takes an American client on a journey to India. In the journey, all the scenarios of the landscapes and experience help them to rebuild their understanding of each other.

This is a love-drama movie. The story of this film is based on an optimistic and very determined woman from a remote village who has started her new job as a live-in servant for a cynical son of a rich family. Then they are fall in love but their relationship finds as prohibited.