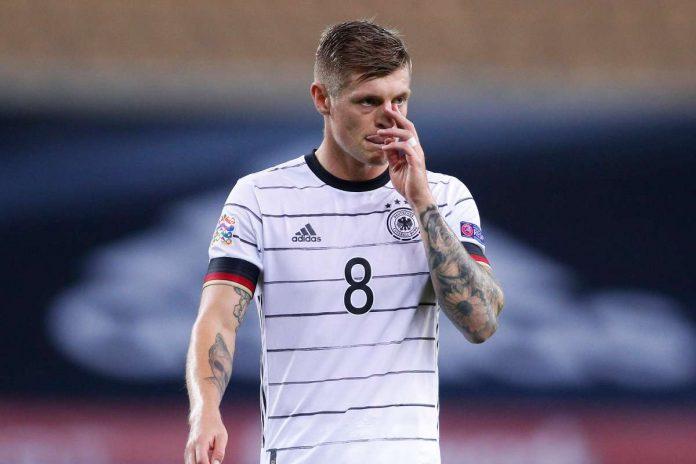 Toni Kross won the World Cup with Germany in 2014. He was an integral part of the German team. However, Germany was eliminated from the group stage in 2018 and after a not-so-impressive Euro 2020 campaign, losing to England in the Round of 16, the Real Madrid midfielder retired from international football.

The FIFA World Cup Qatar 2022 was the first tournament for Germany since Kroos’ retirement. The Germans have once again failed to progress to the knockout stage. They lost to Japan and drew with Spain. Despite winning against Costa Rica, they were eliminated from the tournament courtesy of goal difference with Spain.

Toni Kroos has been spoken about Germany’s early exit from the Qatar World Cup 2022. He criticized his country’s setup despite the obvious talents across the pitch, while speaking to MagentaTV, via 90min.

The former German international said: “I know the boys, I played with them until last year. I experienced a group stage exit too four years ago, and of course I can sympathise a lot with them. I was extremely disappointed because I had big ambitions for Germany and I absolutely saw opportunities.”

“With the players we have, we should definitely be advancing from the group stage. If we get eliminated by Brazil in the quarter-finals, then we can say, ‘OK, Brazil had maybe eight world-class players and we only had four’. But nobody can tell me that we have less quality than Japan and that’s why we’re eliminated.”

Kroos continued: “One of the main tasks for the next tournament is to have a clear 11 of starting players, or at least 13 to 14. We have to play as many games as possible with the same team to develop automatisms. You can’t be changing the team every game.”

“We have to get to the point where we have a clear eleven with clear automatisms, both offensively and defensively, who know how to react to different situations in-game. When we’ve played 10 to 15 games with the same formation, I’m sure we’d be more resilient.”

“Being knocked out in the group twice in a row shouldn’t happen to us. It’s obviously not a problem of quality in my opinion, but a level of familiarity, resilience and automatisms.

“We have leaders and players who are loud on the pitch. Jo Kimmich is sometimes almost too loud. The same goes for Toni Rudiger, Manu [Neuer] from behind, Thomas [Muller]. With their hunger, mentality and quality, they have what it takes to lead the team.”