“The Me You Can’t See”: All we Need to Know about the Apple TV Series 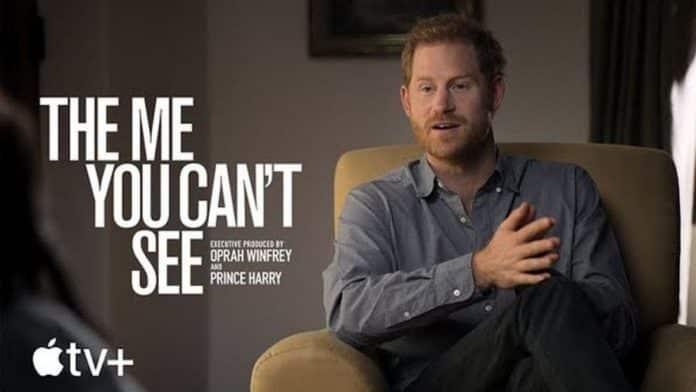 The trailer of the much-anticipated documentary series, The Me You Can’t See, has been launched by Prince Harry and Oprah Winfrey. This series is mainly based on the mental health issues and emotional well-being of people across the world. In the trailer, it has also been seen that they have opened up about their own pain.

It is a 3-minute long trailer that depicts the chatting of Oprah and the Duke of Sussex about the extreme crisis of mental health of the entire world and they have also shown the suffering of the people from different mental health issues with the struggle of their surroundings.

The executive producers also become emotional at the time of talking about their mental health problems. In the trailer, it has seen that Harry is saying to decide to get help does not indicate the symbol of weakness. In today’s modern world, it indicates a sign of strength.

In this context, Oprah exposes that telling the story about being able to tell is what is happening with her, which is crucial. In the Apple TV Series trailer, Meghan Markle has also seen a special appearance with many high-profile celebrities such as Lady Gaga, NBA star DeMar DeRozen, Glenn Close, and many.

The trailer also shows many flashback pictures of late American comedian-actor Robin Williams who was committed suicide in 2014, so it is expected that his mental battle may also be discussed in the series, which will come in this Friday.

The announcement of the Apple TV Series indeed made after Harry and his wife Meghan Markle has stepped away from their characters within the rich family and relocated to California in 2020. After that, the couple starts to pursue many of their ventures together, such as accepting the BetterUp and Aspen Institute positions.

At the time of promotion of the documentary series, Harry had revealed some shocking events about the royal family include with criticizing his father for the lack of parenting skills.

This latest documentary series has been created by Oprah and Harry that depicts mental health and also emotional well-being with tales from people across the world. Besides, this series provides a voice to stories that target to reveal truth, understanding, and compassion.

This series is also helmed by Academy Award and four-time BAFTA Award winner filmmaker Asif Kapadia. It is also co-directed and executive produced with Emmy Award.

It has confirmed that all the episodes of the series will be premiere on Apple TV+ on 21st May 2021.