The latest update of CPU-Z shows support for Alder Lake and DDR5 along with XMP 3.0 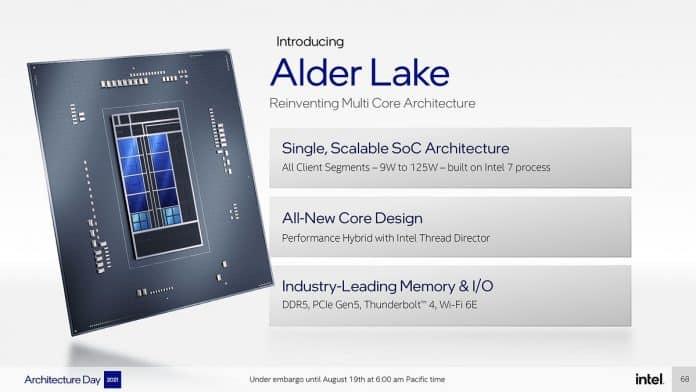 The latest update brings new features and also indicates that Alder Lake is en route to debut this Fall 2021 and fight for a spot on the list of best CPUs.

The aforementioned chips are the top SKUs for their respective categories of the alder lake, and they all have the fastest clock speeds and an unlocked multiplier for overclocking.

We already know alder lake will be supporting the new LGA1700 socket, meaning that new motherboards are also in transit. Intel’s motherboards will be based on the 600-series chipset, and Intel will be offering different chi sets for different consumers. The most interesting thing about the new driver supporting the Alder lake is that it also mentions the X699 chipset, which implies that Intel may make a comeback to the HEDT (high-end desktop) segment with Alder Lake.

At the Intel Architecture Day 2021 event, it announced that Alder Lake would support the PCIe 5.0 interface and DDR5 memory. This will be the first consumer chips to bring support for both of the latest technologies in the market. PCIe 5.0 offers up to 128 Gbps of throughput and will open the door for a new age of graphics cards and SSDs.

CPU-Z 1.97’s changelog confirms that Intel will put out the next instalment for Extreme Memory Profile (XMP) – XMP 3.0 and JEDEC have specified up to DDR5-6400 for DDR5, till now, we have only seen vendors trying to offer data rates up to DDR5-10000. Therefore, XMP 3.0 will come in handy for Alder Lake adapters that won’t want to manually configure their overclocked DDR5 memory kits.

- Advertisement -
Powered by JustWatch
Share
Facebook
Twitter
Pinterest
WhatsApp
Linkedin
Previous article
What is the Road to Finals for ATK Mohun Bagan after Qualifying to the AFC Cup Knockout Stages?
Next article
Pique’s company Kosmos buys the rights to the French League for the next three seasons