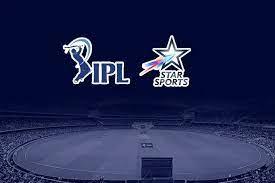 The first week of IPL 2021 broadcast ratings has been released and as per the expectations, the world’s most-followed cricket league is delivering on its promise.

Star Sports Hindi becomes the number 1 channel in viewership ratings thanks to IPL 2021.  Not only this, but the top 5 shows on television last week are the live broadcast of the IPL matches. The 5th match of IPL 2021 between Mumbai Indians and Kolkata Knight Riders was the most watched program of Week 15th – 10th April to 16th April.

According to the data released by BARC for Week 15th, no other channel of any genre matches the power of live cricket. All matches played from 10th April to 16th April were rated above any other program. It clearly shows the popularity of IPL among the viewers.

IPL 2023: Disney Star increase their advertising rates by 20%, expecting to reach a even bigger audience this time

INDIA vs SOUTH AFRICA LIVE: Series to be broadcasted in 6 different languages