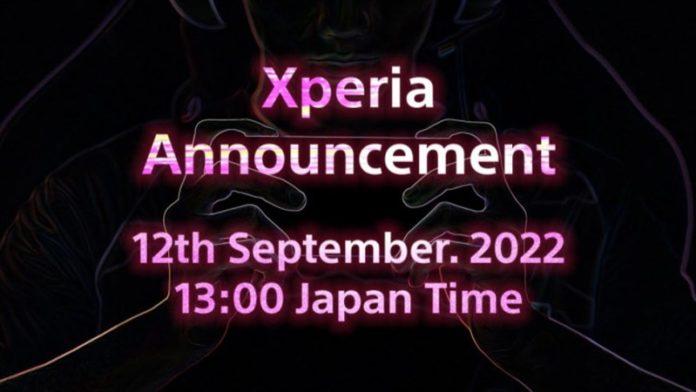 After launching the new Xperia 5 IV at the beginning of the month, Sony is preparing for another new release. The Japanese giant chose the social network Twitter to announce that a new Xperia Gaming product will arrive on September 12, which for now is kept completely secret. The event will be premiered live on the Sony Xperia official YouTube channel on September 12, at 9.30 AM IST.

In the world of gamers, Sony is most commonly associated with PlayStation, but the company has recently launched its own gaming brand, INZONE, and is also focusing on gaming devices such as gaming headsets and gaming monitors.

The Tokyo-based tech giant announced via Twitter that the ‘Born To Game’ event will be hosted by Sony’s Xperia on September 12 at 1pm JST (9:30am IST) . During the event, the company will launch a new product for professional gamers and streamers. The event will be livestreamed via Sony Xperia’s YouTube channel.

But although it has revealed the presentation date of the new product, the Japanese giant has not given more details. Worse still, the rumors about which team the company will launch have not been released yet. On the social network Twitter, the announcement has the hashtag #BornToGame. In turn, the video that accompanies the announcement informs that the equipment was developed for gamers and streamers and asks users “if they were born to play.”

And the teaser video that has already been released states gaming gear is finally announced! This is a new product that was developed with professional e-sports players and created for gaming. Although Xperia is equipped with the ” Game Enhancer,” which is packed with game-specific functions, it is not as good as other manufacturers’ “gaming smartphones” on the market.

Unfortunately, from the short video shared today by Sony, this does not seem to be the long-awaited successor to the Xperia Play, as it’s solely depicted in the traditional rectangular shape of a smartphone. In fact, it’s not entirely clear whether this teaser is even for a phone or simply an accessory for recent Xperia phones. The product remains a mystery.