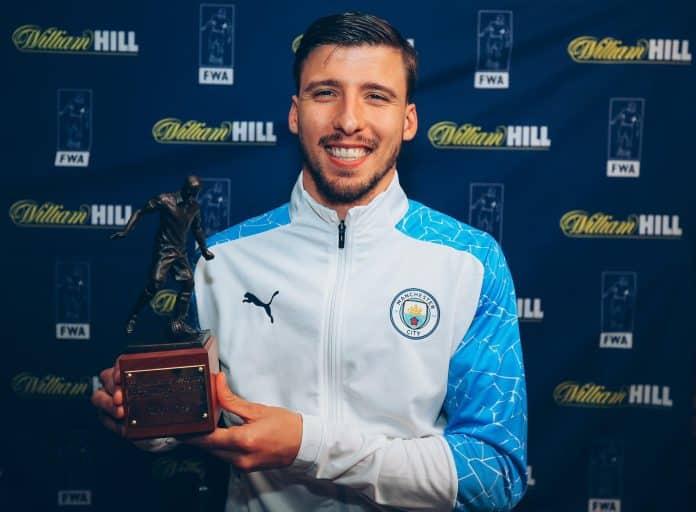 Ruben Dias voted the Football Writer’s Association Player of the Year for his performances this season. The Manchester City defender only joined the club this year and has turned Pep Guardiola’s team into one of the best defensive teams across the continent.

City signed Dias for €63 million from Benfica, with Nicolas Otamendi going the other way. And he has, without a doubt, been the signing of the season and fully deserves the award.

The Portuguese centre-back has won 56.5% of tackles and has blocked 22 shots in the league. His philosophy towards defence is not to let attackers get a shot at a goal, and it has worked not only in England but also in Europe. He has shut out the likes of Erling Haaland, Kylian Mbappe and Neymar in his first season.

To think that Dias is only 23 years old means that he has plenty of stellar seasons ahead of him. He is also a great distributor of the ball, with 93% pass accuracy. His aerial dominance also makes him a threat in the opposition box, while helping the defence as well. He wins over 60% of aerial duels and has been ever so consistent at the back.

Manchester City are the best defensive side in the league, with them also having the most number of clean sheets. City have conceded 32 goals in the league this season, which is the lowest in the league and goes to show exactly how influential Dias has been since arriving at the Etihad.

Maximo Perrone to sign for Manchester City until 2028 very soon