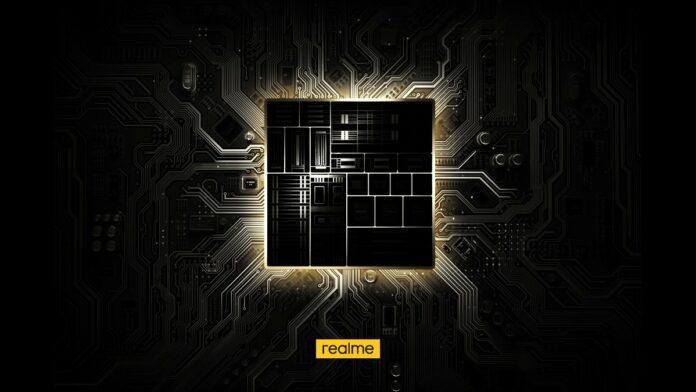 It’s no secret that Realme is preparing for the launch of the Realme 10 series smartphone. Though the company has not revealed any details regarding its launch date, some rumours claim that this new series will be announced in the first week of November in China. The upcoming Realme 10 series is likely to include three devices, namely the 10, 10 5G, and the 10 Pro.

The device will have flat edges, a brand logo at the back, and a glossy finish. Furthermore, we can see that the handset features a dual-camera setup. Beside the camera module, we can see the “50MP AI camera” text engraved. he back panel also has two traditional camera rings housing dual sensors. The volume and power key are placed on the right-hand side of the device.

The phone is expected to come with an AMOLED display. It comes with 120Hz refresh rate display. As per the poster, the Realme 10 will be powered by a MediaTek Helio G99 SoC, while the Realme 10 Pro+ will feature a MediaTek Dimensity 1080 SoC. As for the software, the device is reported to boot Android 12 out of the box with Realme UI skin on top.

The phone might come with a 50MP primary camera and a large 5,000mAh battery with 33W charging speed. While the leak doesn’t specify connectivity features, they might include 4G, dual-band Wi-Fi, Bluetooth 5.0, GPS, and a USB Type-C port.

As per a recent leak, the vanilla 10 is said to come in 4GB RAM + 64GB storage and 4GB RAM + 128GB storage options. It could be offered in Clash White and Rush Black colours. The lineup comprising a regular and Pro+ variant are tipped to launch on November 5th in China. The smartphones will later debut in the global market.