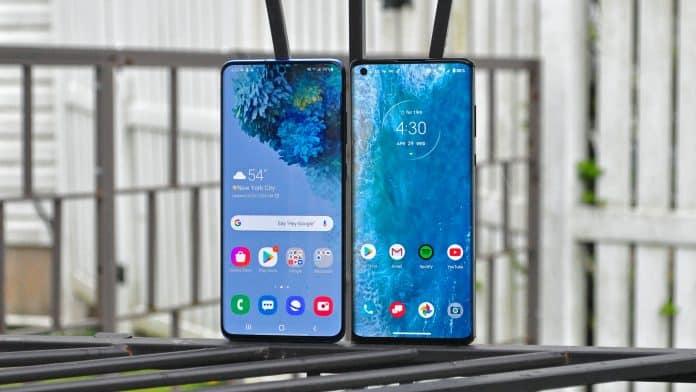 A year back Motorola and Samsung were setting to make a proper comeback in the Indian market after many years. Thus few budget friendly impressing smartphones with some appropriate features made some remarkable impressions in the Indian market. Among which Samsung is popular with its M series smartphones. Whereas, Motorola’s G series is also popular among the millennials in the country.

Samsung had recently added a new F-series smartphone dubbed Galaxy F41 in its list. Motorola is also working with its affordable 5G devices. In the meanwhile @stufflistings has already spotted two smartphones with their respective battery capacities, each from one brand.

Moto G 5G is the latest addition in the 5G segment of the brand. The phone was announced in India a few days ago. It is the cheapest 5G smartphone in India till now with a Snapdragon 750G chipset and is priced at INR 20,999, available at Flipkart. The phone is equipped with 6GB of RAM and 128GB of internal storage (expandable up to 1TB via an external microSD card). This phone offers a triple rear camera setup which includes a 48MP primary camera, an 8MP secondary wide-angle sensor, and a 2MP macro sensor . For selfies, this phone sports a 16MP selfie snapper housed at the punch hole. Moto G 5G is fueled up by a massive 5,000mAH battery with the support of a 20W TurboPower fast charging.