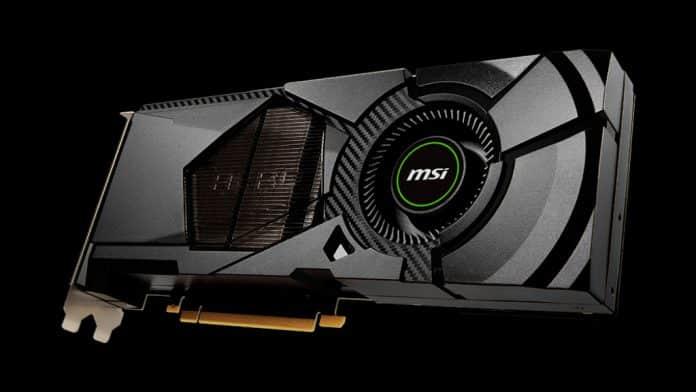 The prices for graphic cards are finally going down and the reason for this change is mostly credited towards the launch of Nvidia’s new graphics cars along with the introduction of its latest hash limiter. However, to compensate the crypto miner, Nvidia offer’s its latest CMP series cards.

MSI has finally launched its custom variant model for its NVIDIA CMP 50HX mining graphics cards which the manufacturer has named the MSI NVIDIA CMP 50HX MINER. The card features a hash rate of up to 45 MH/s. The card achieves this hash rate with 3,584 CUDA cores and 10GB of GDDR6 memory.

Speaking of memory its speed is 14 Gbps with a 320-bit memory interface which is extremely fast. Coming to the clock speed of the MSI NVIDIA CMP 50HX MINER, the mining card has a base clock of 1,350 MHz and a boost clock of 1,545 MHz.

When it comes to the interior of the mining card, it features the Turing TU102-100 GPU die. We already know that Nvidia has used the TU102 silicon on models including the NVIDIA GeForce RTX 2080 Ti and more.

The MSI NVIDIA CMP 50HX MINER comes with a blower-style cooler using MSI’s AERO thermal design and the fan uses extremely durable double ball bearings to keep the card operating for a long time. The TDP of the card is reported to be 225W and it requires dual 8-pin power connectors to power.

The MSI NVIDIA CMP 50HX MINER is yet to be formally announced by the manufacturer and the pricing is still unknown. The availability is also is unknown, but the cards will be sold to cryptocurrency miners. For more information stay tuned.